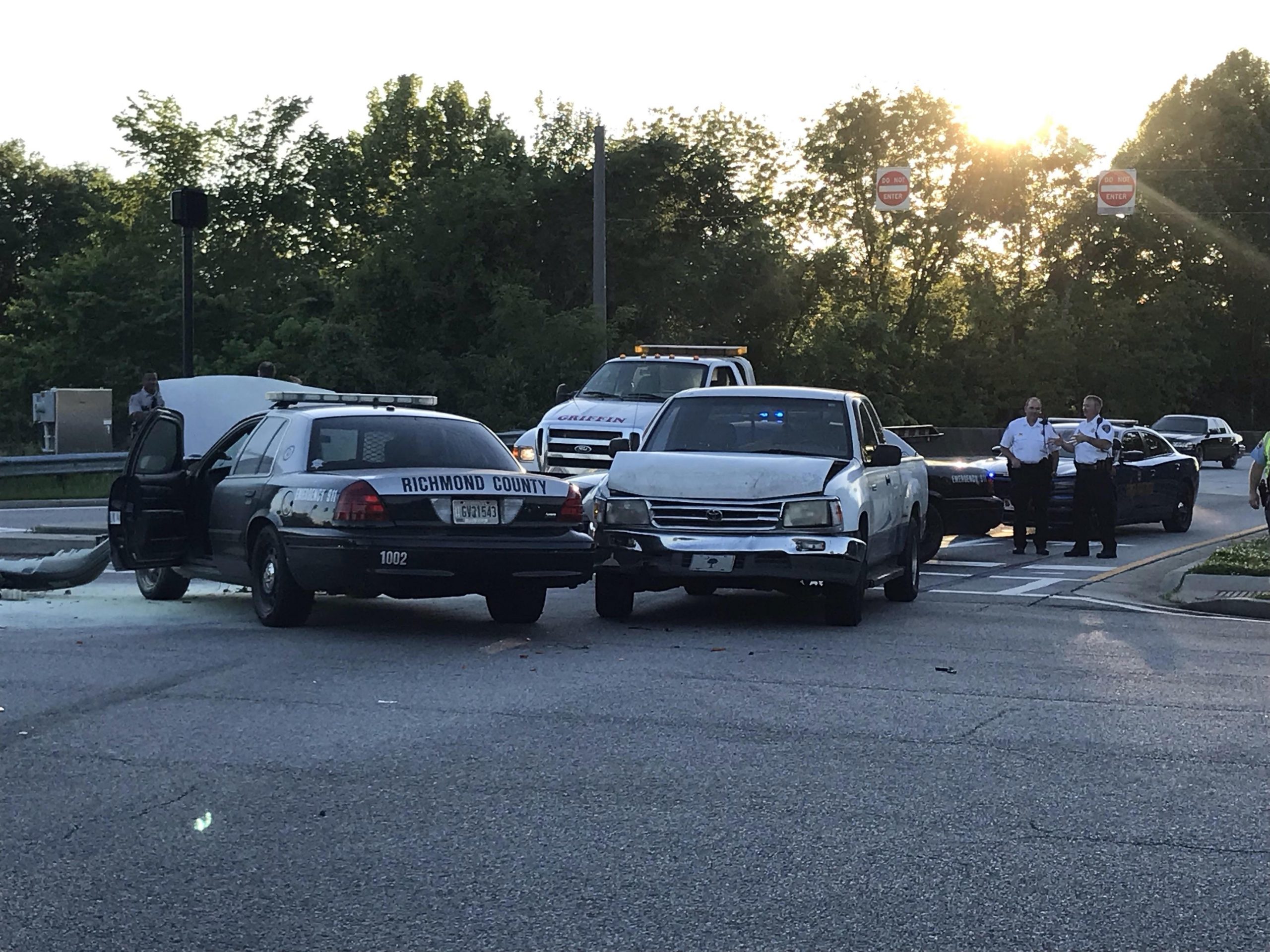 AUGUSTA, Ga. – A Richmond County deputy crashed into a home off Goshen Road in Augusta on Sunday.

According to the incident report, the deputy patrol car was traveling west on Goshen Road while responding to a call. While going around the curve, the deputy lost control and swerved off of the roadway.

The patrol car struck a mailbox and flower pot before crashing into the wall of a home at 2004 Goshen Road.

Neighbors say everyone rushing in to help was a testament to the neighborhood.

“I was in the kitchen getting ready to finish my dinner and I heard sirens, and they sounded like they were really close,” said Chrissy Foley, a neighbor who called 911. “Then I heard a boom before I got to the bedroom window.”

She said she called 911 when she knew something was wrong.

Foley said it was initially a fight to get the officer out of his car because his door was jammed.

The Richmond County Sheriff’s Office said the officer was conscious by the time he left in an ambulance. No one else was injured in the incident.

“They got him out of the car. He was on the stretcher. I thought a good sign was that he was sitting up; they didn’t have him laying down,” Foley said.

The homeowner told News 12 that the room was their daughter’s bedroom. They say her bed was against that wall only a few weeks ago until they recently moved it.

Foley said she has no doubt the redecorating happened for a reason.

“I’m a Christian, and I just feel like God protected that little girl,” she said.

New to the neighborhood, Foley said seeing everyone rush to help told her everything she needed to know about her new neighborhood.

“Now I know what kind of people live here,” she said. “In a scary situation, it was just wonderful to see all the camaraderie of everyone working together to make sure this officer was OK.”

The family inside the home says their daughter is doing just fine, but they’re all very shaken up. They say despite the new hole in their house, they’re happy no one was seriously injured.

The Richmond County Sheriff’s Office told us the officer’s injuries are not life-threatening.