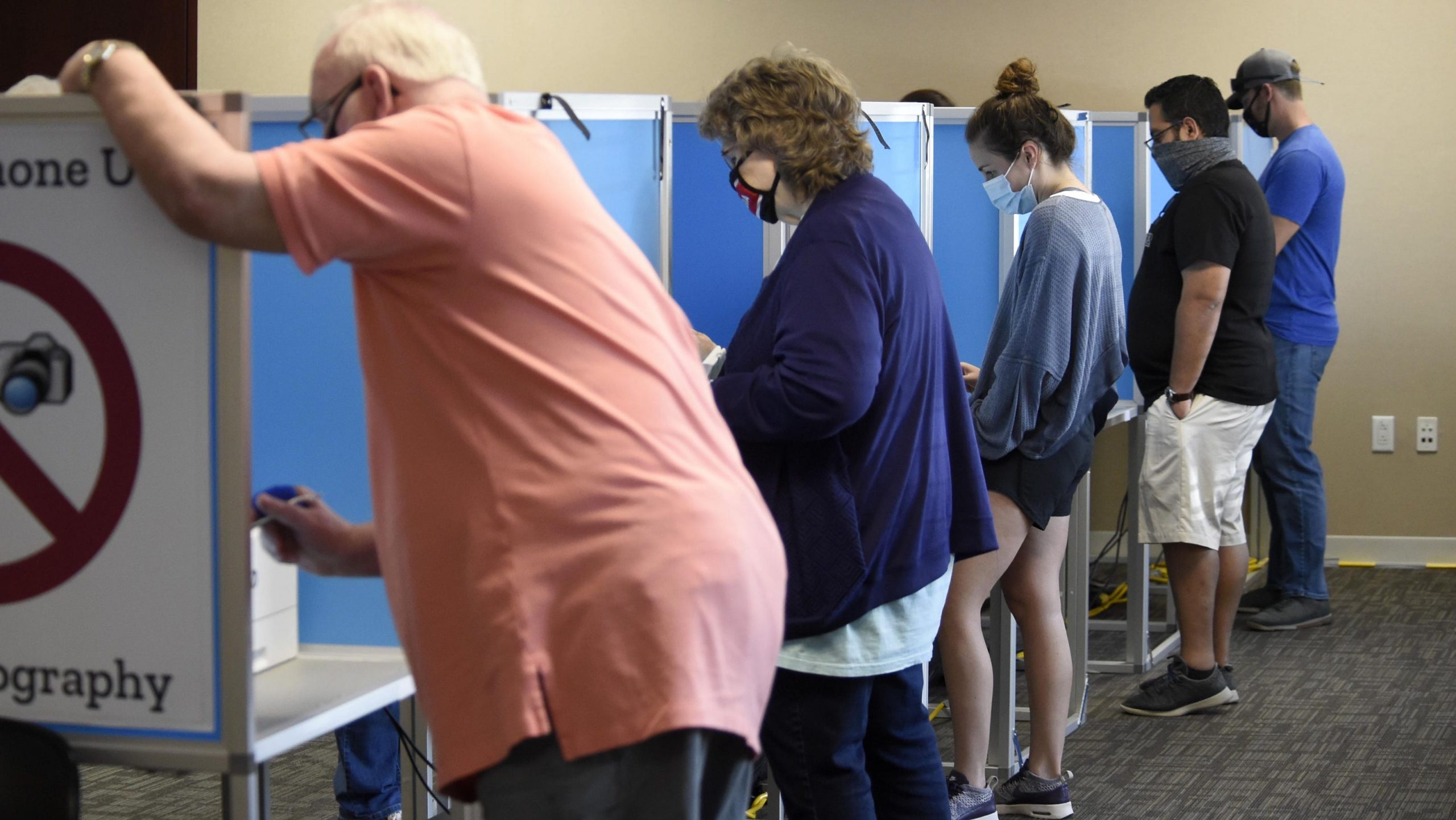 AUGUSTA, Ga. – Local Democratic officials are concerned about possible intimidation of voters at the polls following recent comments by President Trump. However, they hope the deployment of poll watchers to precincts across the area will help prevent it.

Elizabeth Hahn, chair of the Columbia County Democratic Party, said she was concerned about the president urging his supporters to “go into the polls and watch very carefully.” Some considered the comments a call for voter intimidation.

“To me, when he made that statement, there was a somewhat threatening or ominous tone associated with it,” she said. “I do think that type of rhetoric has amped up the tension this year to a higher level, so people feel a little bit more insecure about what this process is actually going to look like.”

Richmond County Democratic Party First Vice-Chair LC Myles said they are always concerned about voter intimidation but election officials in both states said they have security plans and a working relationship with law enforcement for polling place monitoring and Election Day security.

Chris Whitmire, director of public information with the South Carolina State Election Commission, said election officials work constantly with law enforcement to make sure they are ready to respond to any problems at the polls on Election Day.

“In most cases, any issues with persons who are interfering with the orderly conduct of the election can be handled by poll workers or county election officials,” he said.

Regarding possible voter intimidation from people showing up with guns, Lynn Bailey, Richmond County Board of Elections Director, said no one is permitted to have a weapon within 150 feet of a polling place with the exception of officers employed by a branch of government or certified security guards.

According to the National Conference of State Legislatures, only 10 states, including Georgia and South Carolina, prohibit guns and other weapons in polling places.

Georgia is an open carry state, which allows people to carry guns in public places, with exceptions for some places like schools. South Carolina does not allow open carry of a gun but concealed carry is legal with a South Carolina Concealed Weapons Permit. The permit holder is not allowed to carry a concealable weapon into a polling place

Voters can expect to see poll watchers from both parties at precincts throughout the area Election Day. Local and state political parties have reached out to county and state election officials about having poll watchers to observe voting at the different precincts and the counting of absentee ballots.

Bailey said her office has been contacted by both political parties about poll watchers. In Georgia, each party can have two poll watchers and any non-partisan candidate one.

Bailey said poll watchers won’t have any COVID-19 related restrictions other than wearing a face covering and maintaining social distancing. In addition to early voting, they will also be allowed to observe Election Day and absentee ballot counting.

Athens-Clarke County Board of Elections Director Charlotte Sosebee said poll watchers will have to practice social distancing and wear a mask. At each precinct, poll managers will provide watchers information about where they must stand, which is normally inside the voting area but away from the check-in area.

Sosebee said an appointment letter from a political party says whether the person is a countywide or a statewide poll watcher.

Columbia County Board of Elections Director Nancy Gay said there are no specific restrictions on poll watchers other than mask wearing and social distancing. Similar to Bailey, Gay said she has been contacted by the Republican and Democratic parties about poll watchers.

The Georgia Secretary of State Office said there are no state COVID-19 restrictions on poll watchers and that they need to contact their county election offices to find out about any local ones.

At the local level, poll watchers need to file their letters with the county elections office and the county handles the poll watchers at the polling locations. Bailey said watchers must be issued and wear a badge identifying them as poll watchers and are not allowed to talk with voters or poll workers while serving in their official capacity.

Poll watchers are not allowed to interfere with the election process, and must notify the board of election about any issue they notice while observing the voting process. They are also not allowed to use cameras or recording devices.

Hahn said the state party has been involved in helping secure poll watchers. She feels every election should have poll watchers to ensure a fair election.

“I think it’s really important every election, not just this election,” Hahn said. “In Columbia County, we certainly see it’s not pervasive, but we do see, at times, some discouragement of democratic voters.”

Hahn said they have poll watchers training with Gay, with the majority expected to work Election Day and will be moving them around from precinct to precinct. She said they are trying to target polling sites with heavy voting and where they feel watchers are needed.

Myles said they sent a list of volunteers to the state’s party, which will help them set up the poll watchers.

Myles said the goal is to make sure voting goes smoothly and there are no problems for people wanting to exercise their right to vote.

“Poll watchers are there to ensure the polls and poll workers are doing what they are supposed to be doing,” he said. “We are concerned about any incidents or anything that may intimidate voters.”

Similar to Hahn, Myles said they are targeting different precincts depending on location and usual voter turnout.

In South Carolina, similar restrictions are in place for poll watchers. According to the South Carolina State Election Commission, each political party can have up to two watchers at a polling place, while non-partisan candidates can have one watcher each.

Poll watchers in South Carolina will be required to wear masks and social distance to the extent possible. According to the state’s election commission, watchers are allowed to observe the in-person absentee process, absentee ballot tabulation and during early and Election Day voting.

Ann Willbrand, 2nd Vice Chair and poll watcher coordinator for the Aiken County Democratic Party, said they have a record number of poll watchers and will have about 80% of the precincts in the county covered Election Day. She said the vast majority of poll watchers are volunteers that will get training from them on what they can and can’t do.

“The most important thing is to make sure every eligible voter has the chance to cast their ballot,” Willbrand said. “Having a large number of them around the county, will give us a lot of visibility and I hope that reassures voters that their vote will be safe.”

Willbrand said elections tend to run smoothly in Aiken County, so they are not worried about many problems but have trained poll watchers to be on guard for something inappropriate. She said poll watchers will be in teams of two and assigned to visit several precincts.

Aiken County Republican Party Chairman Bob Brookshire said more than 25 poll watchers are ready to go throughout the county. He said some are members of the Republican Party, while others are volunteers from the community they are interested in helping.

“It’s always important to have poll watchers to make sure that everything is done appropriately so every vote counts. We are there to help out because, of course, we are expecting probably the biggest turnout we’ve had for a presidential election probably in history,” he said. “We’ll be there to help the poll managers and poll clerk at each precinct.”

Similar to Willbrand, Brookshire is not expecting any major problems but will let poll managers know if they see anything.

Georgia and South Carolina polls open Election Day from 7 a.m. to 7 p.m. Anyone in line at 7 p.m. will be allowed to vote.