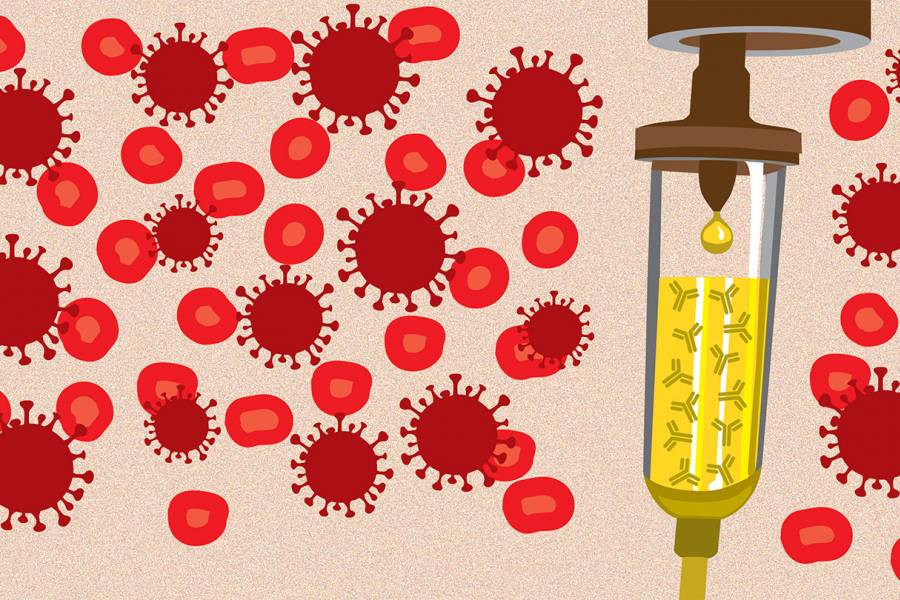 AUGUSTA, Ga. – “When I first came in I was so sick,” she said from her room at AU Medical Center, where she is recovering from COVID-19. “But I’m much, much better. I breathe much better.”

Carter, 78, was one of the latest Augusta patients to receive plasma from someone recovered from COVID-19 as part of a national study to see if it can help severely ill patients like her when there is no other proven therapy for the disease. AU Health System is one of around 2,000 sites in the U.S. administering what is called convalescent plasma to those very sick patients as part of a protocol being run out of the Mayo Clinic, said Dr. Rodger MacArthur, professor of medicine and infectious diseases at Augusta University.

Around 3,000 nationally have received it, including 11 so far at AUMC beginning on April 11. Ten of those patients were on a ventilator and six were able to come off within a few days, although one patient then had to go back on, he said. One patient died.

“It does seem to be promising,” MacArthur said, although it is too early to tell what effect it has had and no conclusions can be drawn from a small number of patients. For comparison, about one in three that go on ventilators at the hospital are dying, he said.

University Hospital has given it to four patients so far who were on ventilators. One, who had been sick for a long time, has not improved but the other three appear to be, said Dr. Ioana Chirca, medical director for infectious diseases, infection prevention and microbial stewardship.

Mask or no mask? Some local residents ditch the gear despite recommendation