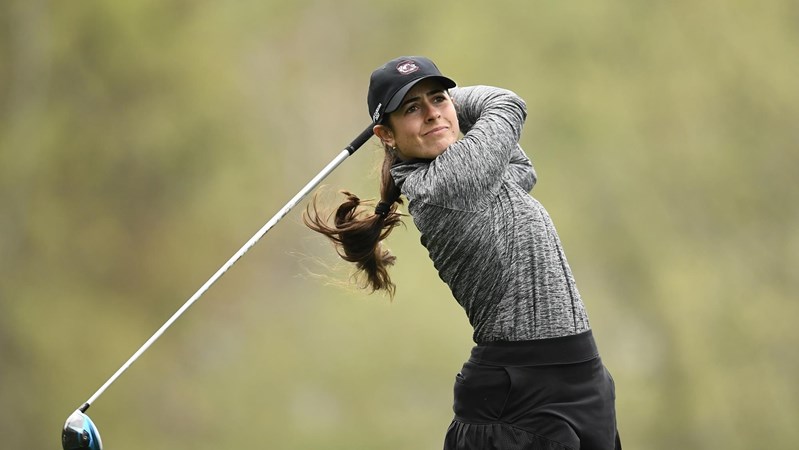 AUGUSTA, Ga.– South Carolina women’s golf senior Ana Pelaez sits in a tie for second after finishing her opening round at the Augusta National Women’s Amateur on Wednesday. Play was suspended in the afternoon due to weather.

Pelaez notched a pair of birdies on her front nine and finished with a 1-under 71. Sophomore Pauline Roussin Bouchard finished her round before the suspension, carding a 3-over 75. Freshman Paula Kirner made it through 12 holes before play was called off for the afternoon, she sits at 3-over. Senior Pimnipa Panthong is through 15 holes in her opening round, she’s at 8-over.

“It was a tough day for me today,” Roussin-Bouchard said of her opening round. “I really handled the par 5s really, really badly. I lost a couple shots on that. Then I mean, it was tough out there with the wind and all that. I enjoyed playing, but it’s a little bit frustrating to finish by a bogey on the par 5.”