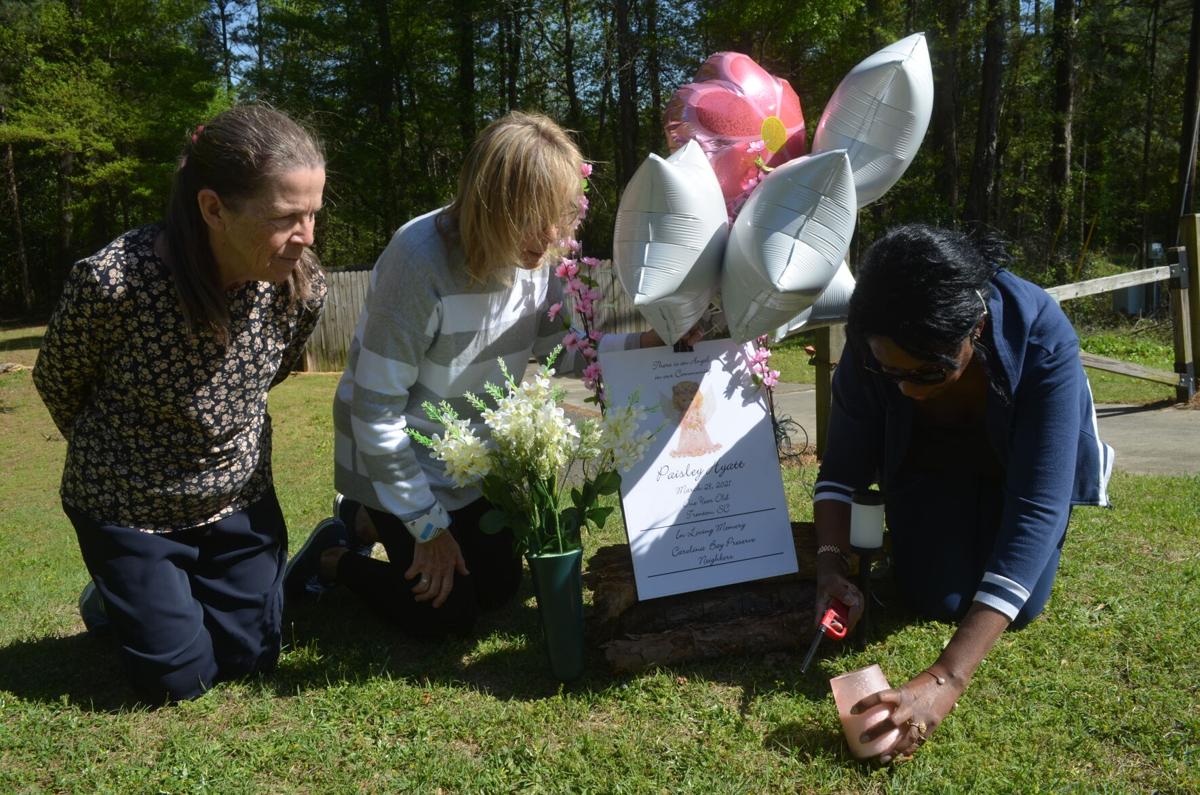 AUGUSTA, Ga. – After the tragic death of a Trenton child in Aiken, some residents put up a memorial in her honor.

Paisley Hyatt, 1, was involved in a fatal accident on March 29 at Carolina Bay Park on Price Avenue with her mother. A few women who live near the park didn’t see anything in honor of the child’s memory and decided to do something about it.

Marta Anderson said she’s been a caregiver and taking care of children her whole life.

“When I heard what had happened, I said, ‘No. I can’t go to sleep tonight until I do something,'” Anderson said.

Anderson went and got flowers, balloons and a poster, and set them up by the park at the intersection of Colony Parkway and Kings Grant Drive with the help of a few of her neighbors.

“A 1-year old baby, she’s an angel,” Anderson said. “We have to acknowledge her presence in this world.”

“We just didn’t want her to be forgotten,” added Sandy Plummer.

A candle and lantern were placed in front of the memorial so passerby’s can see it, even at night.

Plummer’s husband, Cary, said a brief prayer at the memorial, praying for peace for Hyatt’s family and friends.

“I pray I don’t have to do this again, but I thought if it were my baby, I would want something like this done,” said Anderson.

The investigation into Hyatt’s death is ongoing.