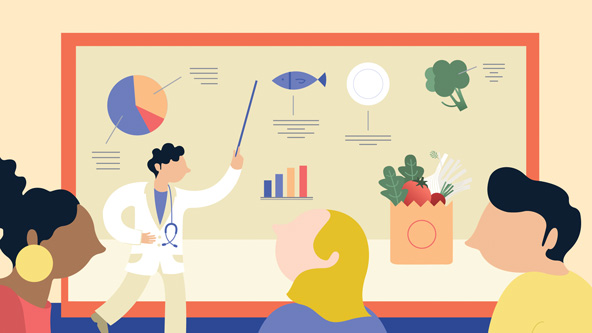 AUGUSTA, Ga. – Coronavirus is hitting minority communities especially. Here in Augusta, the Georgia Cancer Center stepped in to support in whatever way possible.

It’s working directly with local churches to get resources in the right hands.

The Georgia Cancer Center fights health disparities in minority communities all the time. When COVID-19 hit, they knew they had the resources. They just had to find a way to help.

As COVID-19 cases grew and deaths came alongside, so did other startling numbers. According to the Department of Public Health, African Americans account for nearly half of hospitalizations and deaths due to the virus in Georgia, despite making up about a third of the state population.

“With COVID, we have learned several things. Often African Americans have many more chronic illnesses that they are dealing with on a daily basis,” Dr. Martha Tingen of the cancer center said.

Tingen knew they had to do something, to educate and protect.

With a $40,000 grant in hand, she found Rev. Karlton Howard, 10th district president of Georgia Missionary Baptist Church Convention. Together, their idea was to use churches to meet the need face-to-face.

“To address the issue, this was a natural place to start. I think we have the best communication or best way to get to that community than any other method,” Howard said.

He partnered with 10 churches in eight counties to give out thermometers, masks, and food. They ended up serving food to 800+ families in Lincoln County.

“They had a need and probably could not afford to buy those things,” Howard said.

They also aired public service announcements from area pastors, mailed out 45,000 educational letters, and got a billboard for everyone to see.

“Something is wrong and this has exposed that there is some health disparities that are innate for some reason that need to be addressed,” he said.

Howard also believes the need in these communities is still great, so they will take donations from anyone who wants to help.

The cancer center says its big goal is awareness. They hope that, along with education and protection, saves lives.