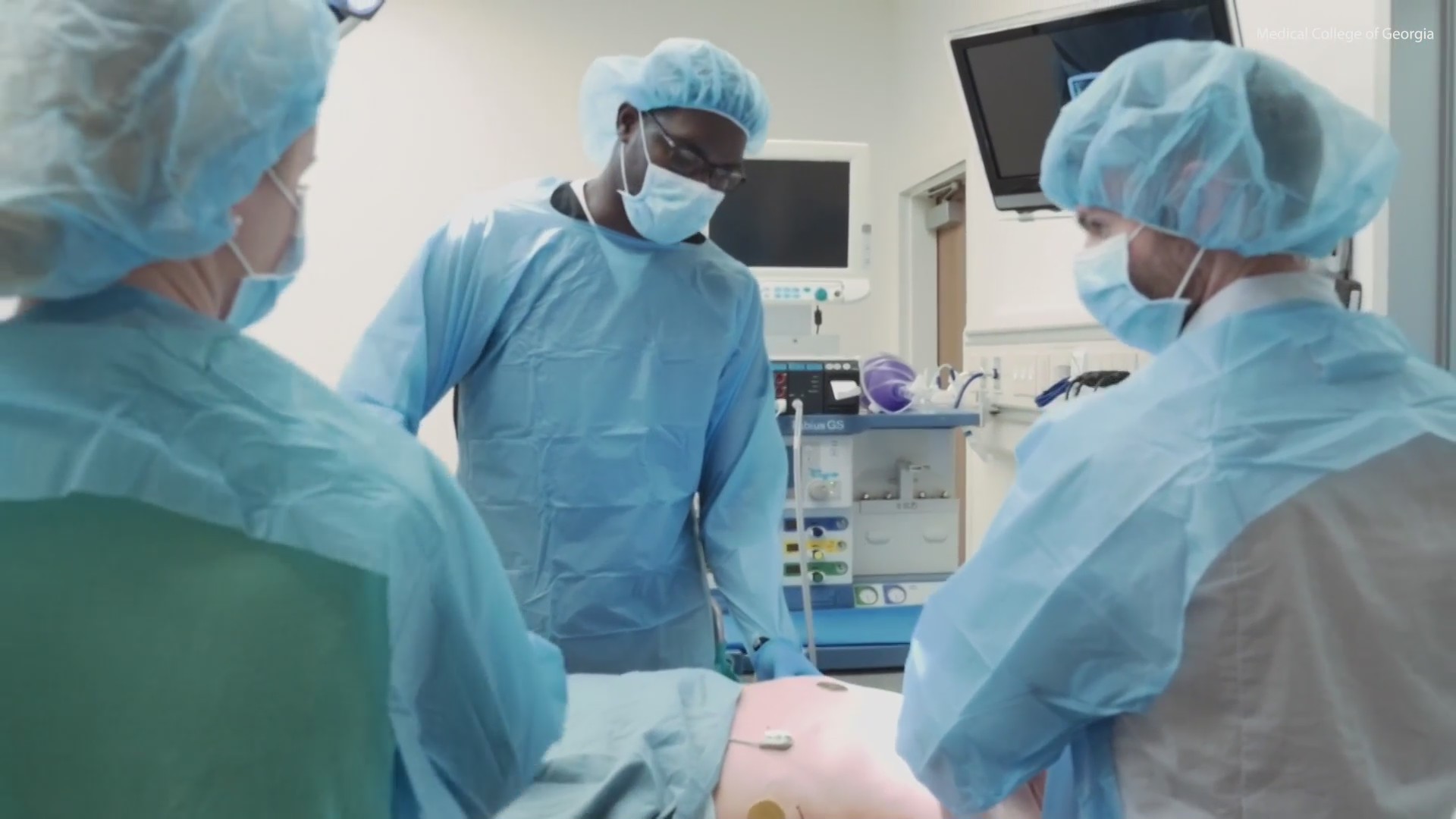 AUGUSTA, Ga. — When Ryan Johnson began medical school at the Medical College of Georgia, he did not see many people who looked like him. “Black males are one of the most under-represented groups,” he says. According to the Association of American Medical Colleges, black males make up less than three percent of physicians. This inspired Johnson and his classmates to form a new organization — Black Men of MCG.

“We want to inspire the next generation of physicians or any black man who wants to become part of the medical community,” he explains.

Students work with black male doctors, who mentor and introduce them to different areas of medicine.

“Being able to see a physician who looks like you and who comes from a similar background empowers you to know, ‘If I do what I need to do and give it my all, I can attain this as well,’” Dr. Kevin Allen, a pediatric emergency physician and Black Men of MCG mentor, explains.

Members of Black Men of MCG do not just want to support current medical students. They want to inspire teens and young adults. They plan to work with local high schools so they can connect with students and teach them about different opportunities in the medical field.

“There are not a lot of African American Augusta natives who end up at MCG or in medical school,” Johnson says. “That’s something we plan to address.”

Representation could not be more important as healthcare professionals work to reassure minority communities that seeking medical care is safe.

“You want the medical field to mirror society because you’re more likely to trust and be able to talk to people who look like you,” Allen says.