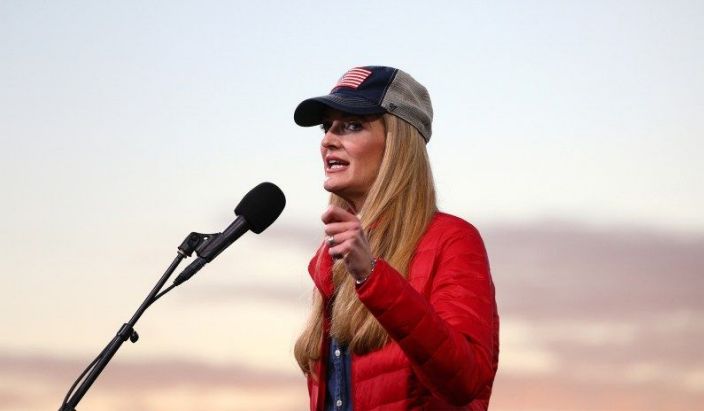 GEORGIA – As a candidate for U.S. Senate last year, Kelly Loeffler saw the challenges: too many conservatives and right-of-center voters in Georgia are disengaged from politics, and Democrats are outpacing Republicans in the voter registration race in the state.

As a businesswoman, she’s committed to help solve those problems.

This week, Loeffler launched Greater Georgia Action Inc., a nonprofit designed to continuously reach out to and engage with Georgia voters, to ensure those voters have confidence in the state’s elections, and ultimately to register more conservative-leaning Georgians to vote, countering the voter registration efforts of Democrats like Stacey Abrams.

Loeffler estimates there are about 2 million unregistered potential voters in Georgia, about half of whom are conservative leaning. Democrats, she said, are outpacing Republicans in registering new voters by about 7,500 per month. There has been no parallel voter registration effort on the Republican side, a correction Loeffler hopes to make with Greater Georgia.

“We always talk about having a bigger tent in the conservative movement, but the way it’s been done is to take the tent down every year, or every election cycle, and you don’t rebuild it until just before the next election,” Loeffler tells National Review. “Our concept is to do more engagement, go where …  potential voters are, make sure they hear from us, that we engage them in different ways.”

Greater Georgia emerged from the remnants of Loeffler’s Senate campaign, which ended with a loss to Democrat Raphael Warnock in January’s run-off election. Loeffler, a Georgia businesswoman who was appointed to the Senate by Governor Brian Kemp in December 2019, says she “certainly had expected that we would win” the race. After her loss, she says, she had time to reflect. She focused her farewell speech in the Senate on being a voice for people who didn’t feel like they had a voice in Washington D.C., and helping to improve their lives.

“I reflected on how can we help Georgians voices be heard. And it’s simply by making sure more voices are heard, that they understand that they have a role, and that their vote does matter,” says Loeffler, who grew up on her family’s Illinois farm and then built a highly successful and lucrative career in financial services.

Loeffler, whose net worth is estimated at over $800 million, invested more than a million dollars into launching Greater Georgia, and will serve as its chairwoman.

She says the group’s efforts to identify and engage with new voters will be driven by data and polling. She said the group will reach out to people in communities that may not traditionally vote Republican, but who may be open to the conservative message, including Hispanic and black voters, and women. She says “we’re going to get outside the comfort zone.”

Loeffler says she also wants Greater Georgia to help bridge divides between different factions on the right. When Kemp tapped her to fill the Senate seat in 2019, he saw in Loeffler someone he thought could bring together the more moderate voters in the state’s rapidly growing suburbs, and the rural voters who made up much of former President Donald Trump’s base.

“We need to spend our energy focusing on what the Democrats are doing, what they have done, holding them accountable, pointing out the impact of their polices on Georgians’ lives,” she says. “If we can put that energy behind making sure that we’re communicating that, letting them know that they have a voice, that they have a say, and not focused on tearing each other down, I think we have tremendous opportunity for success for 2022 and beyond.”

As for 2022, Loeffler says she has not ruled out running to win her old seat back from Warnock, but Greater Georgia is her top priority at the moment. Former Republican Senator David Perdue said this week that he would not be running against Warnock, after filing paperwork for a run earlier in the month.

“I don’t believe that we can be successful without shoring up some of the issues that we saw in 2022 and in the runoff,” Loeffler said. “And really, my call to public service was to help Georgia grow, to be even better than it is today. I think this is the starting point for my next step. And if this is my next step, and nothing else after that, that’s great.”

“But I’m definitely leaving the door open for public service in the future.”

Georgia Southern accounting students can help you with your taxes