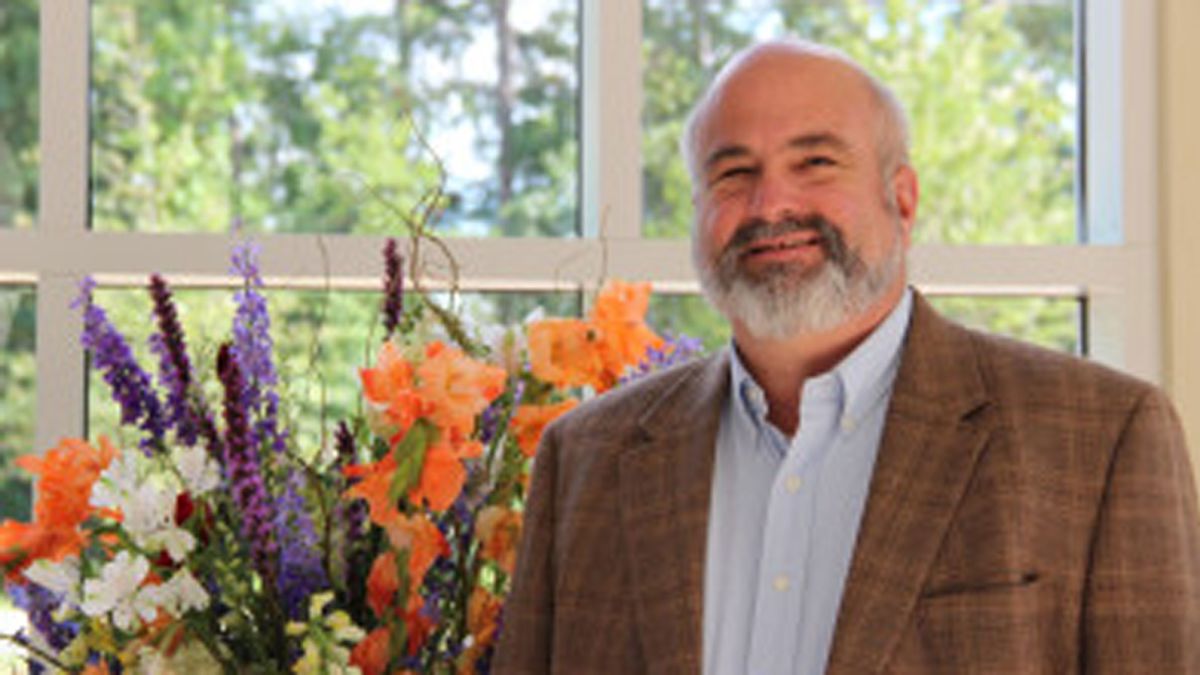 GEORGIA – During his Easter sermon last weekend, Pastor Jim Conrad preached a message of love and acceptance from the pulpit of his church.

Over the past several months, the pastor’s stance on love and acceptance has drawn national attention to Towne View Baptist Church in Kennesaw, Georgia.

Specifically, over the question of who’s allowed to become a member of it.

Earlier this year, Towne View lost its relationship with the Southern Baptist Convention (SBC) and almost half its membership, along with their dues, as a result of Conrad’s decision in 2019 to accept a gay couple and their three children as members of Towne View.

But Conrad isn’t trying to appease anyone. He’s just trying to do business as usual at the church, where he’s been a pastor for 27 years.

Expecting to be turned away

Back in 2019, a question from John Reynolds prompted Conrad to have difficult conversations regarding the church’s membership policy.

Would Reynolds, as an openly gay man, be welcomed to Towne View with his partner, John McClanah, and their three children?

Reynolds said he had emailed nearly a dozen churches asking pastors the same question. He and McClanah were eager to raise their sons, then ages 7, 9 and 11, in the Southern Baptist tradition that meant so much to them, but understood the difficulty their family would face finding a congregation given the SBC’s staunch position against homosexuality.

Reynolds said he went into the conversation with Conrad fully expecting to be turned away, as several pastors had already done.

Conrad — or Pastor Jim as he’s known to his congregants — described the conversation as one of those moments where he had to process five or six options in a split-second.

Any option that turned Reynolds and his family away from Towne View was not one he could make and sleep at night, Conrad said.

“I knew that there would be folks who wouldn’t be happy, there would be consequences. I could’ve conceivably lost my job,” Conrad said. “But it was right thing to do, it was the right conversation to have.”

After several months of attending worship services, Bible study and Bible school, Conrad recommended Reynolds and his family to be formally approved as members of the church through a vote in late 2019. A vote is part of the Southern Baptist church’s process for approving new members.

Conrad said he knew approving Reynolds and his family would be out-of-bounds with the principles of the SBC.

So he was not surprised when in February, the SBC Executive Committee voted to disfellowship Towne View after the organization’s credential committee recommended the SBC no longer consider Towne View in “friendly cooperation with the Southern Baptist Convention.”

“When one of our churches chooses to affirm or endorse homosexual behavior through their definition of regenerate church membership, we have clearly come to a different understanding on what we believe is an essential doctrine,” JD Greear, SBC president and pastor of The Summit Church, said in an email statement to CNN. “However, while it is vital to be clear about our statement of faith and our standards of cooperation, we certainly desire to handle the issue with care.”

Greear said that SBC believes “the Bible is clear about sin and repentance, but that doesn’t mean that our churches are not welcoming everyone in our communities with the message of the gospel.”

“Every weekend we gather as a group of broken, forgiven and redeemed people — and any member of the LGBTQ community is welcome to attend,” Greear said.

A desire to join a church

Reynolds said he was saddened to hear that a large organization like the SBC would still come down in light of exclusion, because he said shutting off so many people to what faith brings to so many people has harmful implications, especially on people growing up in the church.

Brockton Bates, a 24-year-old from Dallas, Georgia, said he and his partner have also found sanctuary within Towne View, after years of struggling to find his place in the church as an openly gay man.

Bates said he began to really understand the church’s messaging on homosexuality after coming out in middle school to his parents, who took him to a counselor to “pray the gay away.”

“It was painfully clear the community I was involved in would not love me the same if I were to emphatically say, ‘hey, I’m gay,’ and this is how it is,” Bates said. “I was ostracized from the church and just in my family, they still don’t have much to do with me.”

Despite being ostracized, Bates said he never doubted wanting to join a church as an adult.

“I just have always believed that if God is good and faithful, then surely there are other people out there who are part of this community who love god and want to be about the literal teachings of Christ,” Bates said. “And sure enough, I found and visited for the first time an affirming and welcoming Baptist church, the most loving and transparent people in the church word.”

Conrad’s beliefs of acceptance were at the forefront of Easter services this past weekend where he said the significance of having openly gay parishioners such as Bates lead worship less than two months after being disfellowshipped was not lost on him.

“I tried to address it to some degree. Not directly, but we did a Stations of the Cross service for Good Friday, and in it offered confession for our sin, for standing quietly by while others suffer — sins of omission for the things we don’t do,” Conrad said. “One of those ways was when the church stood silently while members of the LGBTQ community has suffered.”

Themes of welcoming and acceptance carried throughout services over the holy weekend — an important move, Bates said, because so the holiday draws so many people who don’t regularly attend worship.

Bates described Conrad’s sermon as an invitation for all people to come and see Jesus. If that was an SBC pastor, he said, that would’ve been conditional. Conrad’s offer was for everyone to come regardless of who they are and what they’re doing, Bates said.

“To be openly gay with my partner, to take part in holy communion is a blessing,” Bates said. “It was the first communion I took fully being who God created me to be.”