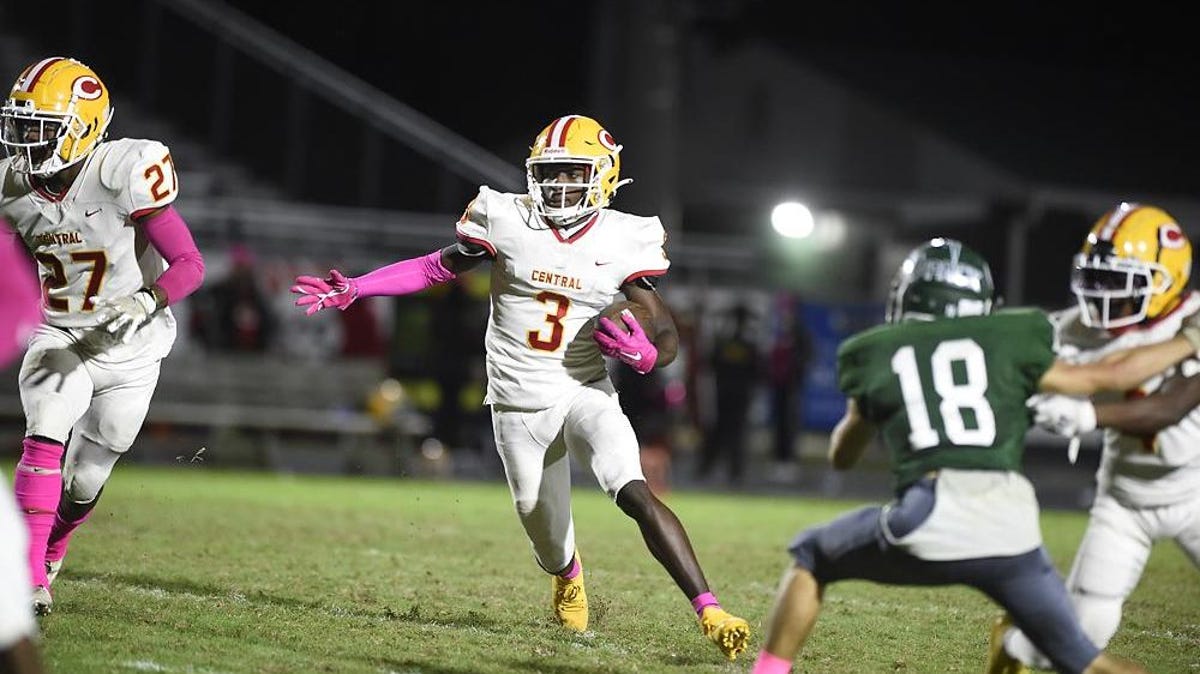 AUGUSTA, Ga. – Greenbrier entered Friday night with a chance to make some noise in its new region and was instead left licking a few wounds.

Clarke Central turned a seven-point halftime lead into a 56-21 rout of one of the best teams in the Augusta area.

The Gladiators (6-2, 5-0) began the fireworks early as quarterback Will Robinson blew the lid off the secondary with a 73-yard touchdown on the first play from scrimmage.

Not to be outdone, Greenbrier (5-2, 2-2) answered with a halfback pass on its first play as Brayden Collett scampered for an 80-yard toudhown — that was until an illegal-use-of-the-hands penalty negated the score.

That would become the theme of the night.

Clarke Central used a mix of RPOs to make things happen throughout the first half and went into the locker room with a 28-21 lead. Greenbrier looked to have momentum going its way, having deferred the opening kickoff. Unfortunately, Malik Leverett fumbled a pass from Brooks Pangle and the Gladiators turned it into seven points.

After that, a steady dose of running backs Will Richardson and Felix Braddy carried Clarke Central through the second half. Well, that and a Gladiator front seven making life rough for Pangle.

While it was the last points Greenbrier would find, style points came along with it. Wilson Donnelly took the snap on a 32-yard field goal attempt with 5:41 left in the second half before getting up and finding Davin Driskell for a 15-yard touchdown pass. At the time, it tied the game at 21 and The Wolf Den erupted.

Stat of the night

Greenbrier turned the football over four times (three interceptions and one fumble lost). Add two more fumbles and an overturned pick-six, and the picture becomes clear. Greenbrier’s execution had to be nearly perfect if it was going to win.

Greenbrier is still a playoff team, that much is certain. While they’ve made vast improvements from a 2-9 mark a year ago, facing a powerful program from outside the area is another step the Wolfpack must make. Ultimately, this can become a game for the program to look back on as a turning point.

The Clarke Central offensive line imposed its will on Greenbrier in the second half, allowing the Gladiators’ running game to take control. The Wolfpack defense spent a lot of time on the field and most of that time their hands were on their hips.