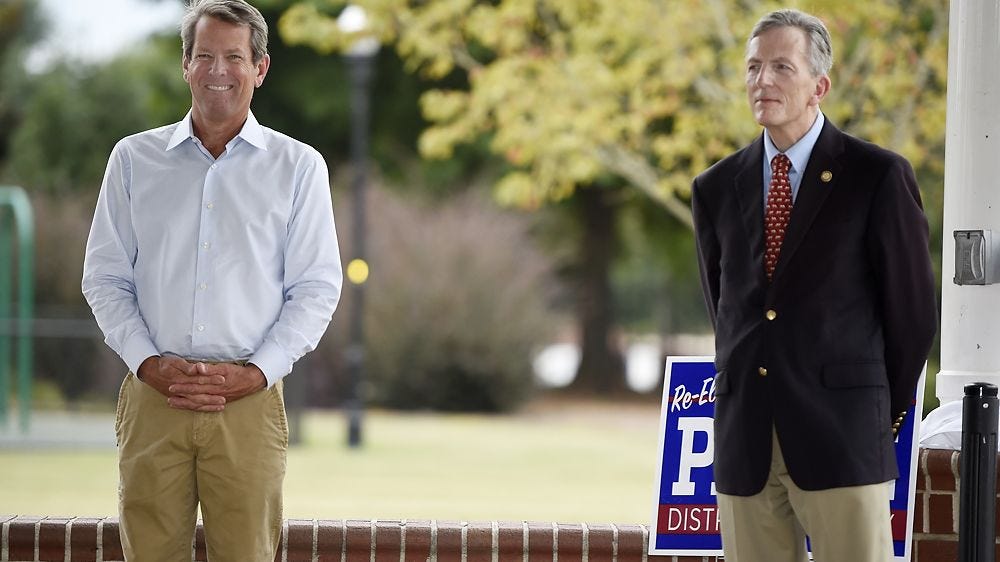 Gov. Brian Kemp announced Monday that Jesse Stone is his choice to fill the remaining term of Superior Court Judge Michael N. Annis whose retirement began a year ago Monday.

Stone retired from the Georgia Senate last February after serving four terms from 2011 to 2020.He was chair of the judiciary committee. He has practiced law since 1986 with Merrill & Stone in Waynesboro. Stone also served as mayor of Waynesboro, and he was a criminal justice instructor at East Georgia College 1990-1995.

Brown graduated from Fisk University and earned her law degree from Marquette University Law School. She most recently served as a managing attorney for Sims Brown Law, LLC, with offices in Marietta and Augusta. Sims previously served as a magistrate judge for the Cobb County Magistrate Court, and as staff attorney for the Georgia Public Defender Standards Council. She has also held legal positions in the Cobb County Attorney’s Office and the City of Union City.