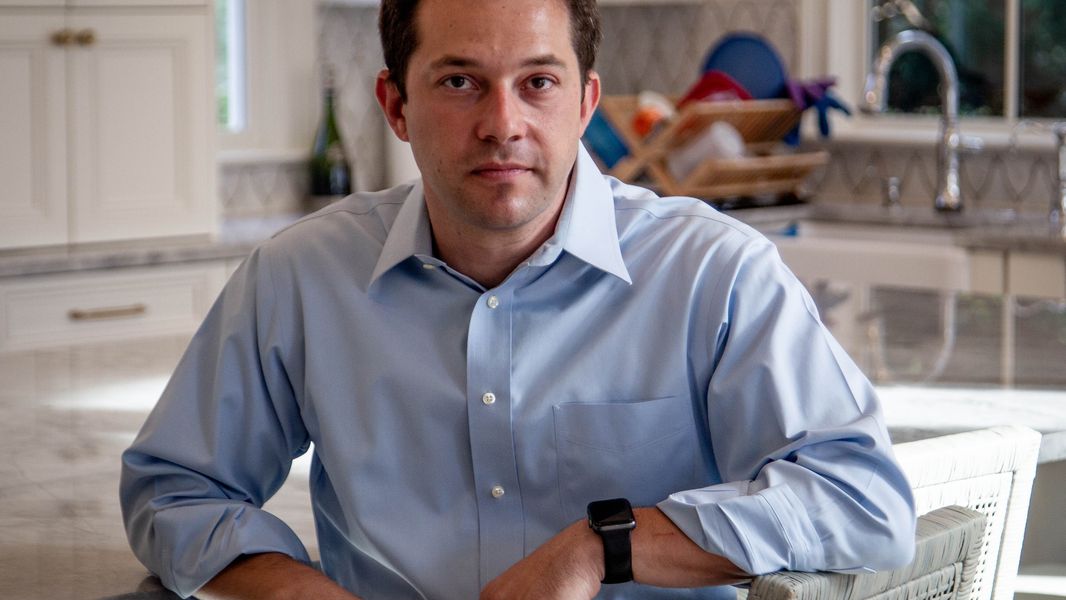 GEORGIA – Brian Kelley lived a busy and active life, raising livestock on his 130-acre farm in Colquitt and working full-time at a Georgia tubing plant. But today, he is just coming out of the post-acute stages of COVID-19, a disease that put him in the hospital for 13 weeks, nine of those on a ventilator.

Doctors say it could take months more before the 58-year-old regains mobility and strength. He also may need assistance to address some cognitive and neurological deficits, such as short-term memory loss — a byproduct of being sedated and in isolation for so long.

Kelley’s wife, Sherrie, is racked with worry not only about his health but also about whether he will be able to get back to work before his long-term disability runs out.

“What if he is permanently disabled because of the damage COVID does to your body, then what?’’ she said. “Are you supposed to lose everything that you’ve worked for?”

The Colquitt farmer represents a growing number of Georgians who haven’t been able to fully recover from a virus that has upended their lives.

While Georgia, like the rest of the nation, has focused on reducing and limiting the number of COVID-19 cases and deaths, little attention has been paid to the long-term impact of the disease on people of all ages who may be called survivors but who may need long-term health care or other support.

Some public health officials consider it the next public health crisis, because it affects so many yet so little is known about the causes of the prolonged illnesses and what kinds of treatments may help.

“It’s important for us to say we don’t know. We don’t how to care for these people in the long-term,” said Dr. Dan Fagbuyi, a pediatric emergency medicine physician in Washington, D.C. and a former member of President Barack Obama’s National Biodefense Science Board, which handled public health emergencies involving Ebola, H1N1, Anthrax and other crises. “We really have to consider that.”

Another challenge is the lack of knowledge about why people respond in dramatically different ways to the virus. The U.S. health system simply isn’t prepared for the task of matching resources to the vastly complex and varying needs of the patients, said Dr. Robert Klitzman, professor of psychiatry at the Joseph Mailman School of Public Health at Columbia University in New York City.

“These are patients that have needs that are only going to increase, and we need to be aware of them and begin to plan for them as early as possible,” he said.

Studies on the long-term effects have begun. Among them, in late February the National Institutes of Health announced a four-year effort — boosted by $1.15 billion in congressional funding — to learn the underlying biological causes of the prolonged symptoms and what makes some people more vulnerable than others.

The goal is to ultimately identify means of prevention, as well as means of treatment of those who don’t fully recover from COVID-19 over a period of a few weeks, NIH officials told The Atlanta Journal-Constitution.

Meanwhile, that research doesn’t even scratch the surface on concerns about what services patients will need to fully recover and how long some could be incapacitated before they are able to return to their pre-COVID lives.

As many of 30% of those who become infected with COVID-19 will experience symptoms over about six months after infection onset, according to recent studies. That indicates hundreds of thousands of Georgians may need medical attention.

Those with depression and anxiety would need greater access to psychological counseling and treatments, and those with prolonged respiratory issues may need special clinics.

Because many doctors haven’t treated patients with long-term COVID-19 effects, they may have to connect with physicians who are familiar with the diagnosis and symptoms.

It also could mean the need to establish facilities that can handle the healthcare needs of those who become incapacitated, and perhaps to task nursing homes with providing long-term rehabilitative and physical therapy services, said Klitzman, who is also the director of the Masters of Bioethics Program at Columbia University.

Among the unanswered questions: What will insurance providers cover and what needs to happen for them to recognize that long-term symptoms are legitimate? What happens to patients who can’t afford treatment but who don’t qualify for federal safety net programs?

Sherrie Kelley isn’t quite sure when her husband will leave the hospital.

Much of the decision will depend on costs, she said. Her husband doesn’t qualify for coverage under federal reimbursement programs for those aged, the blind and disabled. But the family has private insurance.

Yet that isn’t any huge consolation to her or many other families facing an avalanche of medical bills.

The couple share a $12,000 deductible under the private plan. Recently, she received a bill for her husband’s medical transport to the emergency department at Miller County Hospital Authority, on top of the $7,800 charge for a four-day stay at the facility before he was transferred to a hospital in Dothan, Ala.

Patty and Darryl Bentley, of Butler, are in a similar situation.

Darryl Bentley, a licensed funeral director, has been in a long-term acute care hospital in Savannah since Feb. 5. Prior to that, the 59-year-old spent about a month in critical condition at Memorial Health Hospital in Savannah, where he was treated for sepsis. He also experienced mini-strokes and lung complications due to COVID-19.

A paraplegic since a car wreck in 2018, he tested positive for COVID-19 three days after Christmas last year.

“My worst nightmare came to life,’’ said Patty Bentley, who is a state representative for the 139th district.

Now, since he is stable, his private insurer wants him to be moved into a skilled nursing home. But there’s a Catch-22. The couple can’t afford the $15,000 a month for a skilled nursing home that can accommodate his needs, yet they have assets in excess of the cap to qualify for Medicaid coverage.

Patty Bentley said early on she believed the family could afford good healthcare because they were fortunate enough to have private insurance.

That has become a false hope.

“That’s the gist of this virus,’’ she said. “It’s not over. After it is finished passing through your body, you don’t know the condition you’re going to be in afterwards.

Health care providers are having to cope with a separate set of frustrations. As more COVID-19 patients are discharged from hospitals, providers are being inundated with requests for help. Yet, they don’t have enough resources to address the needs —or the health care system won’t authorize the services.

In Miller County, Robin Rau runs the largest long-term ventilator care program in the state. She has seen a surge of requests for transfers of COVID-19 patients to her facilities.

In many cases, though, she can’t admit them. Brian Kelley, who is from Colquitt, can’t be admitted into her skilled nursing home unless he becomes eligible for Medicaid. If he were to seek emergency eligibility, the state could eventually take his home and farm to recoup the benefits.

“Most of these families are middle-income people, hard-working, who saved for a rainy day,’’ said Rau, chief executive officer of Miller County Hospital Authority. “This however is a hurricane to them. No one could have prepared financially for this tsunami.”

In Atlanta, patient advocate Gail Trauco communicates with insurance companies and hospitals on behalf of patients whose health care claims have been denied. The denials occur when there isn’t proper documentation that the patient has been seen by a doctor and is continuing to have long-term symptoms of COVID-19 after early symptoms — fever, loss of taste and smell, headache — have subsided, she said.

“It has to be clear that this is not part of a patient’s medical history,’’ she said. “This is something new this patient was diagnosed with after they got COVID-19.”

Another common problem is when there is no proof on record of a positive test for patients who were clinically diagnosed with COVID-19 based on a physician’s assessment in a hospital.

Many insurers are starting to kick those back, said Trauco, who is a nurse.

An insurance industry group didn’t respond to a request for comment.

Some hospitals have been setting up coordinated aftercare programs, as well as post-COVID clinics, but expect they will need more resources to handle growing patient loads.

In October, Phoebe Putney Health System launched an effort to offer multidisciplinary services to those who experience long-term symptoms, said Dr. Shanti Akers, a Phoebe pulmonologist, who is spearheading the coordinated aftercare program for COVID-19 patients.

The program, which is in-house, provides behavioral health and physical, occupational and speech therapy services, and enlists a wide variety of clinicians who can recognize COVID-19 symptoms and provide treatment. The hope is that it can be expanded as more patients need help.

“Because of my specialty, I have been acquainted with COVID from the very beginning,” Akers said. “So, it became very evident to me that this was going to be my professional future for years to come as we learn more about these patients.”

Last fall, as many as 30 patients began up to six weeks of rehabilitation, said Mary Thompson, the system’s senior therapist for outpatient physical therapy. Patients differ widely, but even those who did not become dependent on ventilators experience deficits in mobility, strength and range of motion.

“We see them come in and they’re oftentimes at the point that they’re not sure if they’re going to get back to themselves and that’s their concern,’’ Thompson said. “But they are impressed when they see they can make those improvements.”

Dr. Jeffrey Siegelman, an Atlanta emergency physician and a “long hauler” himself, has personal knowledge of the benefits of getting help. After experiencing a mild case of the virus, he began developing fatigue, heart palpitations and insomnia. He also had “brain fog” and headaches.

His physicians at Emory Healthcare put him on medications and a regimented exercise plan that are helping to restore him back to health so he can resume his regular duties in the emergency room. For now, he has had to scale back his work hours until he recovers.

He considers himself one of the lucky ones. Some long haulers may not be able to work anymore.

“This is having drastic impact on people and their ability to care for themselves and their families,” he said.