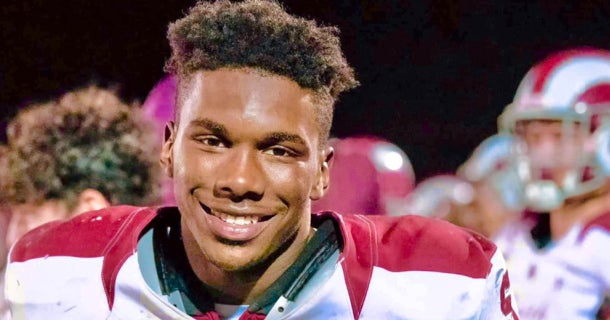 GEORGIA – Georgia is off to a strong start in the 2022 class and it is in the mix for some of the nation’s top prospects. One Bulldog target recently released his top group of schools, eight to be exact, and UGA made the cut.

At 6-foot-3 200 pounds, James is listed as an athlete because he has played running back, receiver, and multiple positions on the defensive side of the ball. He’s ranked as the nation’s No. 157 overall prospect and No. 11 athlete per the industry-generated 247Sports Composite. He’s the No. 8 player in Alabama.

The 247Sports stand alone rankings hold a slightly higher opinion of James. Those have him as the nation’s No. 108 overall prospect and No. 10 athlete. There’s only one Crystal Ball prediction for him at this time and it’s for Alabama by BamaOnline recruiting insider Hank South.

Georgia’s 2022 class currently ranks No. 2 nationally in the 247Sports Composite Team Rankings. The Bulldogs have eight commitments and seven are on the defensive side of the ball. Seven of UGA’s eight commitments are also from the Peach State. They have pledges from four-star defensive linemen Tyre West (Tift County; Tifton, Ga.) and Bear Alexander (Ryan; Denton, Tex.). UGA also has a pair of outside linebacker commitments in Darris Smith (Appling County; Baxley, Ga.) and Donovan Westmoreland (Griffin; Griffin, Ga.).

Two of UGA’s pledges also project at defensive back in Marquis Groves-Killebrew (Brookwood; Snellville, Ga.) and Deyon Bouie (Bainbridge; Bainbridge, Ga.). The Bulldogs also have a commitment from linebacker prospect C.J. Washington (Cedartown; Cedartown, Ga.) He could project at inside or outside linebacker at the next level. The lone commitment on the offensive side of the ball is from five-star quarterback Gunner Stockton (Rabun County; Tiger, Ga.)