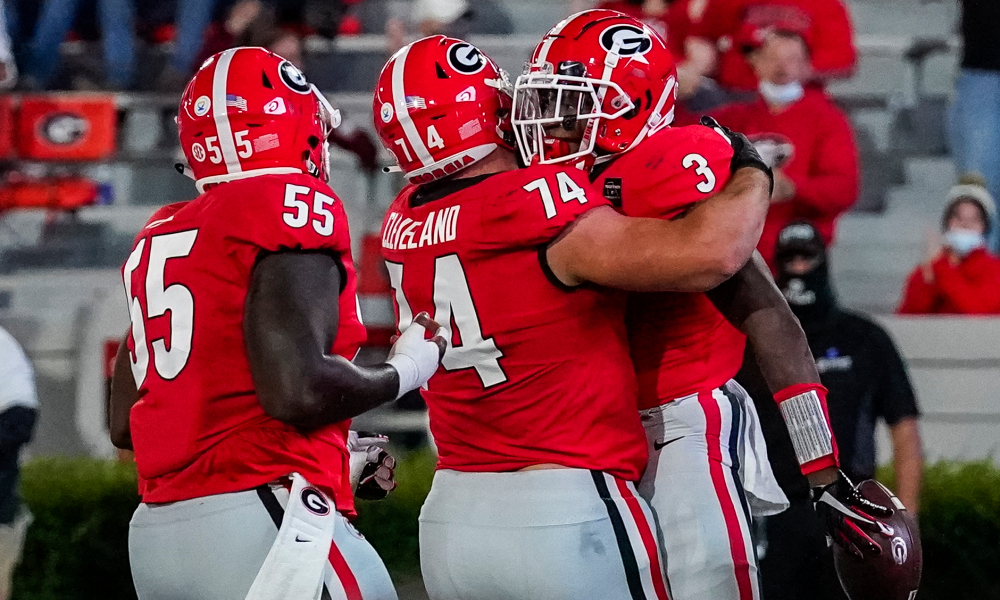 GEORGIA – Georgia Bulldogs offensive lineman Ben Cleveland is an incredible athlete and will try to break the NFL combine bench press record at Georgia’ 2021 pro day. Cleveland has been preparing for the 2021 NFL Draft after he opted out of the Peach Bowl against Cincinnati.

Ben Cleveland, who attended Stephens County High School, started at offensive guard for Georgia this season. Ben Cleveland dominated as a run blocker during the 2021 season. He’s one of the strongest players to ever come through the University of Georgia football program and should test well on all athletic tests on pro day.

While Ben Cleveland wouldn’t officially set the record, it would still be an impressive accomplishment and help boost his NFL draft stock.

Ben Cleveland played for the University of Georgia from 2016-2020. Cleveland made an immediate impact as a freshman and played in every game during Georgia’s SEC Championship season in 2017.

Georgia teachers to be eligible for COVID-19 vaccines in March