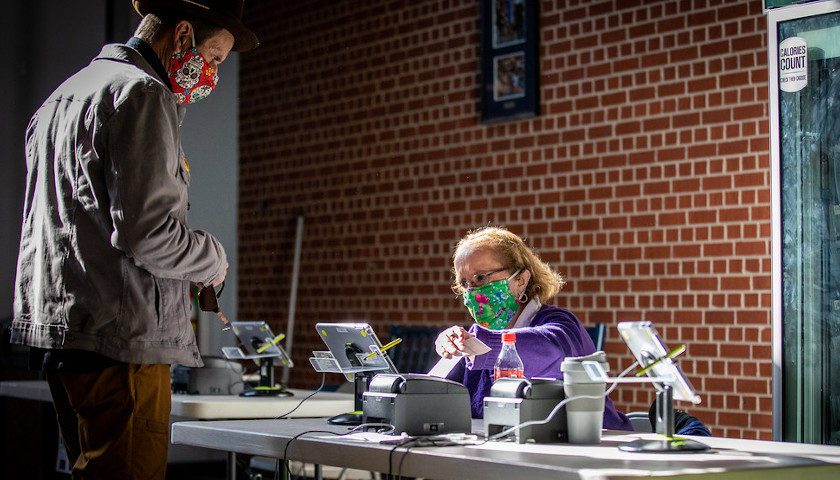 According to the bill, “other than the Secretary of State or a county election or registration official, no person, organization, or other entity shall distribute or publish any document or material to electors that purports to be an application for an absentee ballot.”

This, “provided, however, that the Secretary of State shall design and make available on his or her website an application for an absentee ballot form” to distribute provided that such form prominently display a disclaimer that says the following:

“This is NOT an official government publication and was NOT provided to you by any governmental entity. It is being distributed by [name and address of person, organization, or other entity distributing such document or material].”

As The Georgia Star News reported this week,  Georgia legislators also filed a bill that, among other things, would limit the ability of the State Election Board and the secretary of state to enter into certain consent agreements.

As reported last month, Georgia Secretary of State Brad Raffensperger said he entered into a controversial Compromise Settlement Agreement and Release with Stacey Abrams because members of the Georgia Attorney General’s Office recommended he do so.

Dugan’s bill also proposes that Georgia officials participate in a multi-state voter registration system and require reasons for absentee voting. The bill would require identification for requesting an absentee ballot application and to submit an absentee ballot.

That bill also would establish a voter intimidation and illegal election activities hotline. This hotline would accept anonymous tips, according to the language of the bill.

Georgia Secretary of State spokesman Walter Jones said Wednesday that his office does not comment on pending legislation.