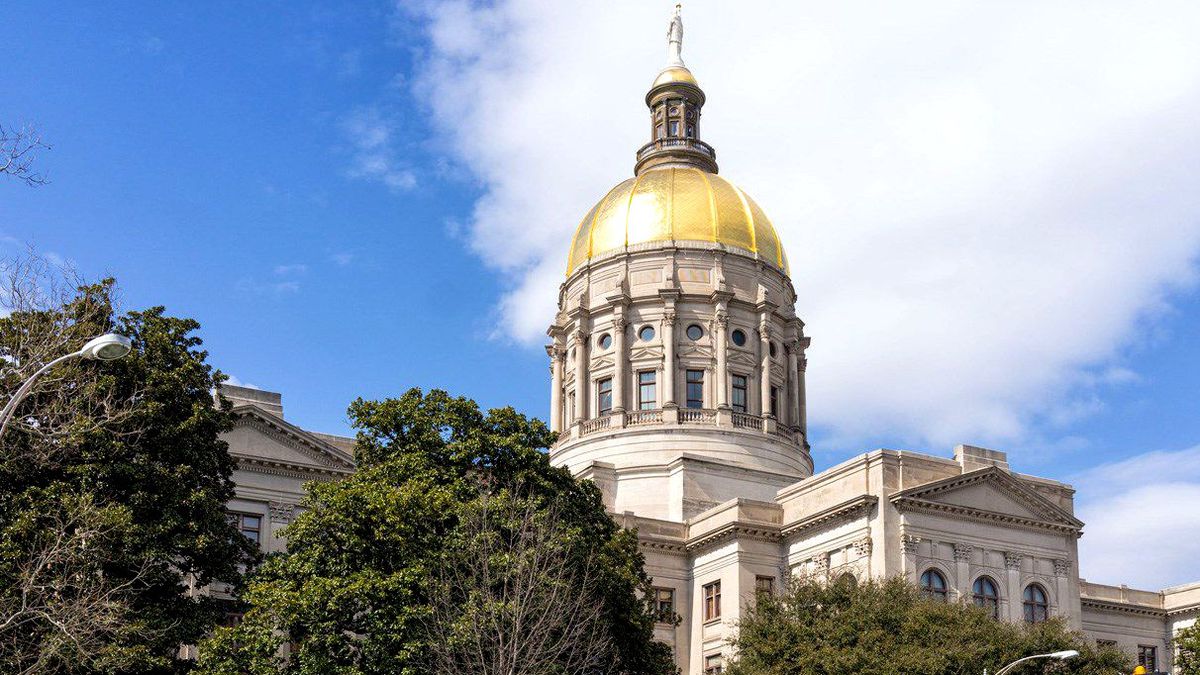 AUGUSTA, Ga. – Georgia senators are pushing through the first of what could be a raft of restrictive voting measures. Republican lawmakers say the bills will safeguard voting.

The one approved Tuesday is one of several the Augusta Commission unanimously voted on the same day to oppose.

But Democrats decry the measures as based on a lie and aimed at overturning Democrats’ recent electoral success in Georgia.

Senate Bill 67, which passed 35-18 on Tuesday, would require a voter share their driver’s license or other identification number when applying for a ballot.

The person could also send a photocopy of the identification.

The numbers would replace signature verification, which was attacked by former President Donald Trump and others following Trump’s November loss in Georgia.

With Georgia legislative session in full swing, here’s a look at other noteworthy recent action:

Georgia voters could get a chance to limit state lawmakers to 12 years per chamber and extend state senators’ terms to four years under a constitutional amendment advancing in the Senate. The Senate Government Oversight Committee voted to approve Senate Resolution 37, sending it to the full Senate for more debate. Before it could be added to the state constitution, two-thirds of both the House and Senate would have to approve and voters statewide would have to ratify it. The measure would also impose a two-term limit on the lieutenant governor’s office.

A Georgia House panel is upping its ante on sports betting. The House Economic Development and Tourism Committee earlier approved a bill that would legalize the practice and tax bookmakers’ profits at 14%. The committee on Monday approved a revised version that would tax profits at 20%. A competing Senate bill would tax profits at only 10%. Republican Rep. Ron Stephens of Savannah, who is sponsoring the bill, has said previously that he wants a tax rate between 10% and 20%. The bill mandates that the Georgia Lottery Corp. give licenses for sports betting. After companies pay winnings, the state would tax the rest. Stephens estimated taxes would reap more than $30 million yearly for college scholarships and prekindergarten classes.

Cities and counties in Georgia couldn’t ban connections to natural gas or any other fuel source under a bill that passed the House Monday on a 103-62 vote. No city or county in Georgia has yet to order such a ban, but supporters say they’re reacting to bans in other states. They say making sure no options are eliminated will keep prices low and help industries like restaurants that are especially reliant on natural gas. Opponents say the bill would retard local efforts to fight climate change by limiting the use of fossil fuels. Georgia localities including Atlanta, Savannah, Clarkston, Augusta-Richmond and Athens-Clarke have pledged to use 100% renewable energy by 2050

A state Senate committee is advancing a bill that would broaden eligibility for a Georgia program that pays for special education students to attend private schools. The Senate Education and Youth Committee voted 6-5 on Monday to pass Senate Bill 47, sending it to the full Senate for more debate. Supporters say there is a small fraction of students who aren’t served well by public schools. Opponents say the bill won’t benefit everyone and that it will drain money from public schools at a time Georgia is sending less aid than its funding formula calls for. Fewer than 5,000 students are served by the current program.