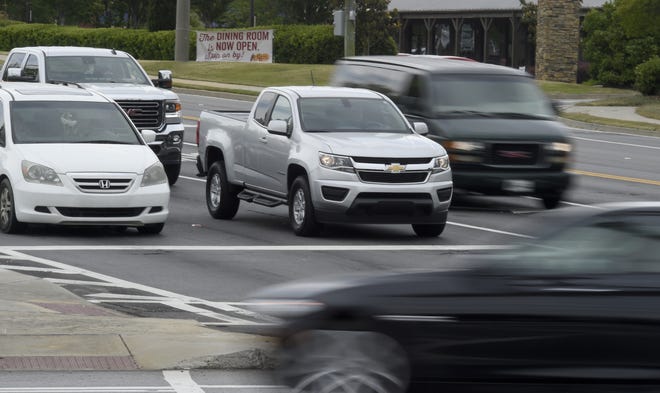 As part of a study looking at Columbia County’s development patterns, hundreds of the county’s residents were asked to name the roads they prefer to use the most and least.

An almost identical number of people answered both questions with the same answer.

“Interestingly, 49% of people responding said they prefer to travel Washington Road and 49% stated that they avoid it,” according to Columbia County’s Vision 2035 comprehensive plan. The county has compiled Vision plans for many years to provide informed guidance on the direction and scope of county growth.

Columbia County commissioners received an updated version of the plan at their meeting March 30.

Respondents could give more than one answer to each question, so the question “Are there any roads that you avoid?” received several runners-up to Washington Road. As Columbia County’s population quadrupled over the past 40 years, the resulting rise in traffic has placed more demands on the county’s road network.

When asked, “Are there any corridors that you prefer to travel?” 76.1% of respondents ranked River Watch Parkway. The Columbia County extension of the parkway, completed in 2018, stretches more than three miles. It widened the former Old Petersburg Road, and what used to be part of Old Evans Road to four lanes. River Watch Parkway now connects downtown Augusta to Washington Road’s intersection with Towne Center Drive in Evans.

When the first two events drew only about two-dozen to three-dozen people, organizers concluded that the COVID-19 pandemic was hindering in-person participation. The third event was conducted virtually, and 399 people responded to dozens of questions when provided with an online link to the survey.