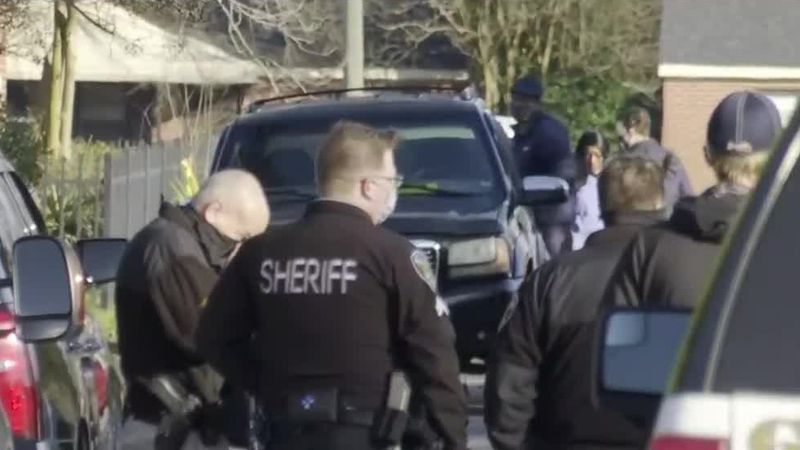 AUGUSTA, Ga. – Residents of a quiet Augusta neighborhood say they’re concerned after an elderly couple was found shot dead inside their home.

This makes two older couples who have been attacked on both sides of the Savannah River in the past two weeks.

In the small community of Hale Street in Augusta, the neighbors know each other and help each other. And many loved Hilton and Jeannette Turner, the well-known couple who lived down the street.

“It’s quiet for the most part I think most people have raised their families here… two or three generations,” Samuel Richardson said.

Richardson has lived on the street for 16 years. His neighbor a few doors down has lived here since some of the first houses were ever built.

But neither can remember anything ever happening like this.

“Up until recently, I haven’t been aware of any kind of activity that would warrant that type of attention,” Richardson said.

That is until recently. And that’s what gives a pause to those who live here.

“My neighbor next door recently had his house broken into,” Richardson said.

Other neighbors say there have been attempted break-ins. But they would’ve never expected a murder of two of their own.

“I was shocked, but I wasn’t rattled,” Richardson said.

Neighbors say the Turners would do anything for you, and help anyone in their neighborhood family.

Earlier this week, only miles down the road in Aiken County is another story that sounds familiar: a kind couple in a quiet neighborhood who had to fight off someone who broke in and attacked them.

Data from the CDC shows nationwide violent crimes are rising quickly against people ages 60 and older.

In Richmond County, the now-closed C.A.V.E Task Force assisted in more than 360 cases for crimes against the elderly since 2017.

Many are now rethinking just how safe their neighborhood is.

The Richmond County Coroner’s Office expects autopsies to be done by Friday or Saturday. They expect to learn more about what happened.

The Richmond County Sheriff’s Office says there’s no new information on the investigation today. But will update the community as they learn more.

One person shot in Augusta on 3rd avenue