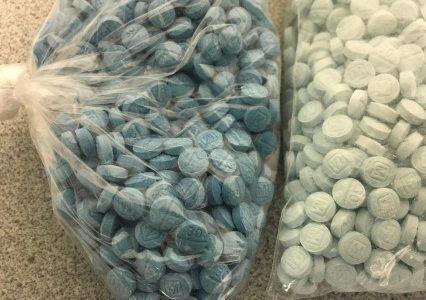 AUGUSTA, Ga. — Georgia’s Department of Public Health has issued a warning about a cluster of overdoses from counterfeit pills that contain fentanyl, a potent opioid drug.

Roughly 100 cases are suspected in the Augusta area, according to Public Health officials. But there also have been cases reported in the Savannah area and northwest Georgia, as well as a few in metro Atlanta.

The sellers of the pills may have claimed they were Xanax, a drug used to treat anxiety and panic disorders, or the painkiller Percocet, according to aN alert from state epidemiologist Cherie Drenzek to community leaders.

Public Health said that there have been unconfirmed reports of hospitalizations and deaths associated with the pills, but did not provide further details.

State officials detected the pattern of overdoses from “syndromic surveillance,’’ a method of categorizing — nearly in real time — people’s visits to emergency rooms and urgent care facilities. Drenzek’s alert said this surveillance is based on the chief complaint that a patient reports at an ER, not on the patient’s eventual diagnosis, so a case will initially be referred to as a “suspect overdose.’’

Public Health said it first noticed the counterfeit pill trend in mid-January. The GBI told Georgia Health News that there were currently no related investigations into the overdoses.

Fentanyl is 50 to 100 times more potent than the painkiller morphine. As a prescription drug, fentanyl can be given in the form of transdermal patches or lozenges, but it also can be diverted for misuse and abuse, according to the CDC.

Protest near Masters pushes back against Georgia voting law