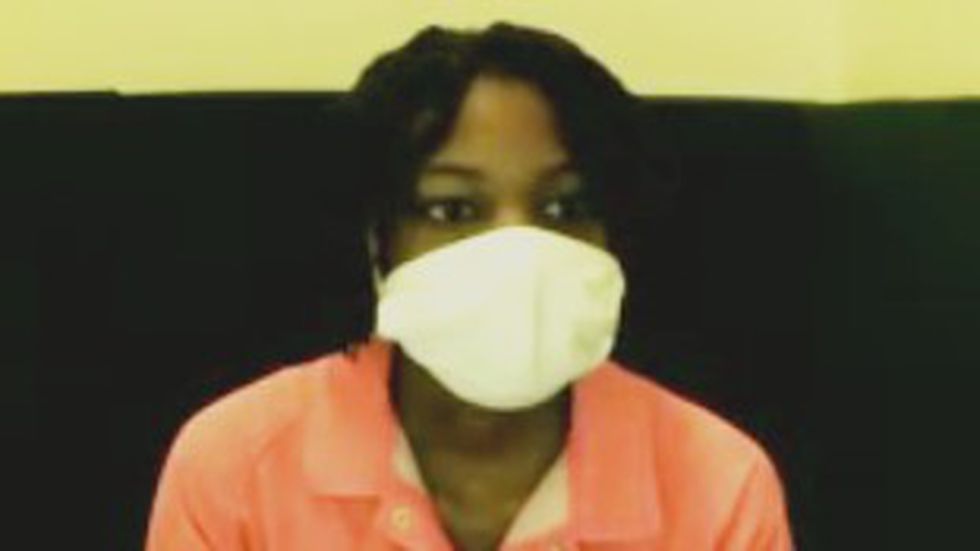 Salena Tyler-Scott and the child’s father, Tyrone Scott, are accused in the Feb. 13 death of Travis Scott. The parents repeatedly turned off the ventilator of the boy who was born prematurely with a lung condition, authorities say.

The parents are charged with murder and cruelty to children.

At the bond hearing, the defense called the boy’s death a “horrible, tragic loss” and asked for his mother’s release so she could prepare a defense and be with her family, which was described as supportive.

What happened at husband’s bond hearing

At Tyrone Scott’s bond hearing last week, the defense attorney described Travis as a miracle child who wasn’t supposed to be born after previous medical problems of the couple

At Tyrone Scott’s bond hearing, the prosecutor described him as a danger to the community.

The mother and father claim the baby would pull out his own tracheotomy tube and an alarm would not go off as it was supposed to.

The prosecutor said this is impossible, but the machine has been sent for testing. The results have not come back yet.

Doctors say the only way this could happen is if the tube is pulled out, and then something else covers the hole in the neck to “trick” the machine.

The Division of Children and Family Services was called multiple times by medical personnel at Augusta University Medical Center, according to the prosecution.

Doctors say the parents would miss appointments, take the trach out, and one time they checked the baby out of the hospital against medical advice, according to the prosecution.

The defense said the parents were concerned the settings on the ventilator were too high and would therefore cause scarring to the lungs, which can be fatal in itself. That’s why they would unplug the vent sometimes, according to the defense.

According to the prosecution, law enforcement officers said when they searched the home, it smelled like marijuana and smoke, clearly bad conditions for a child with a lung disease.

The prosecution said there was no bedding on the crib, it looked like the baby had been sleeping on a pad on the floor and the house was in “disarray.”

The defense said they had home health care assistance that was supposed to be there 84 hours per week, and if this were true, home health worker would have made some sort of report against them. The defense said the only DFACS reports were made by AU Medical Center and that DFACS apparently never found that parents were unfit.

Nevertheless, a case report from deputies said, “During the investigation, it was found that there was neglect on the part of both listed offenders/parents of the victim … that led to the death of the victim.”