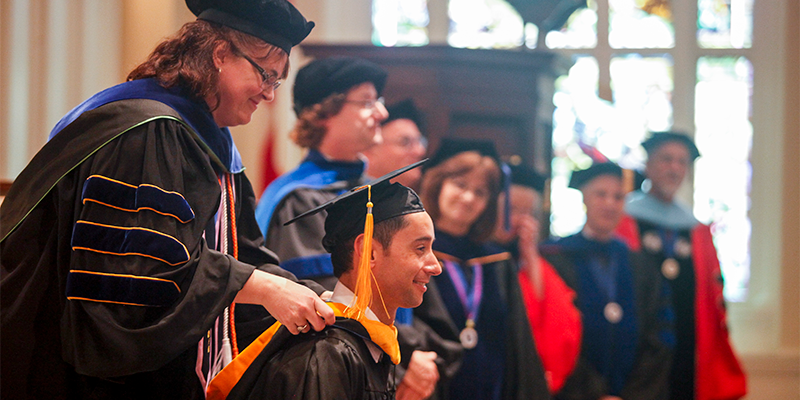 Jenelle Smeragliulo says it’s the moment she has been waiting for her whole life.

“It’s something that we all look forward to,” said Smeragliulo.

She’s says instead of walking across the stage ,they had to watch through a screen in their home.

“This looked so different in January, and within a span of three months all of that was flipped upside down,” said Smeragliulo.

Augusta University held a virtual ceremony for their 2020 graduates.

Many of them say it’s not the graduation they were expecting, but they say their hard work didn’t go unseen.

“Even though it wasn’t what we imagined, it was everything that we worked for so it’s special in that regard,” said Smeragliulo.

President Brooks Keel says while a virtual ceremony won’t be the same as a in-person ceremony, it allows them to recognize and celebrate students hard work.

Some students say that’s what this ceremony was all about.

“I know they were all at home just very excited to see their name pop up on the screen and celebrate this achievement,” said Smeragliulo.

While the coronavirus has changed a lot, it has made the class of 2020 much stronger.

President Keel says spring semester graduates are invited to participate in the next full commencement ceremony this fall, and anyone who missed the ceremony can still watch it online.

“We will always be stronger together”: Augusta leaders address nationwide and local protests