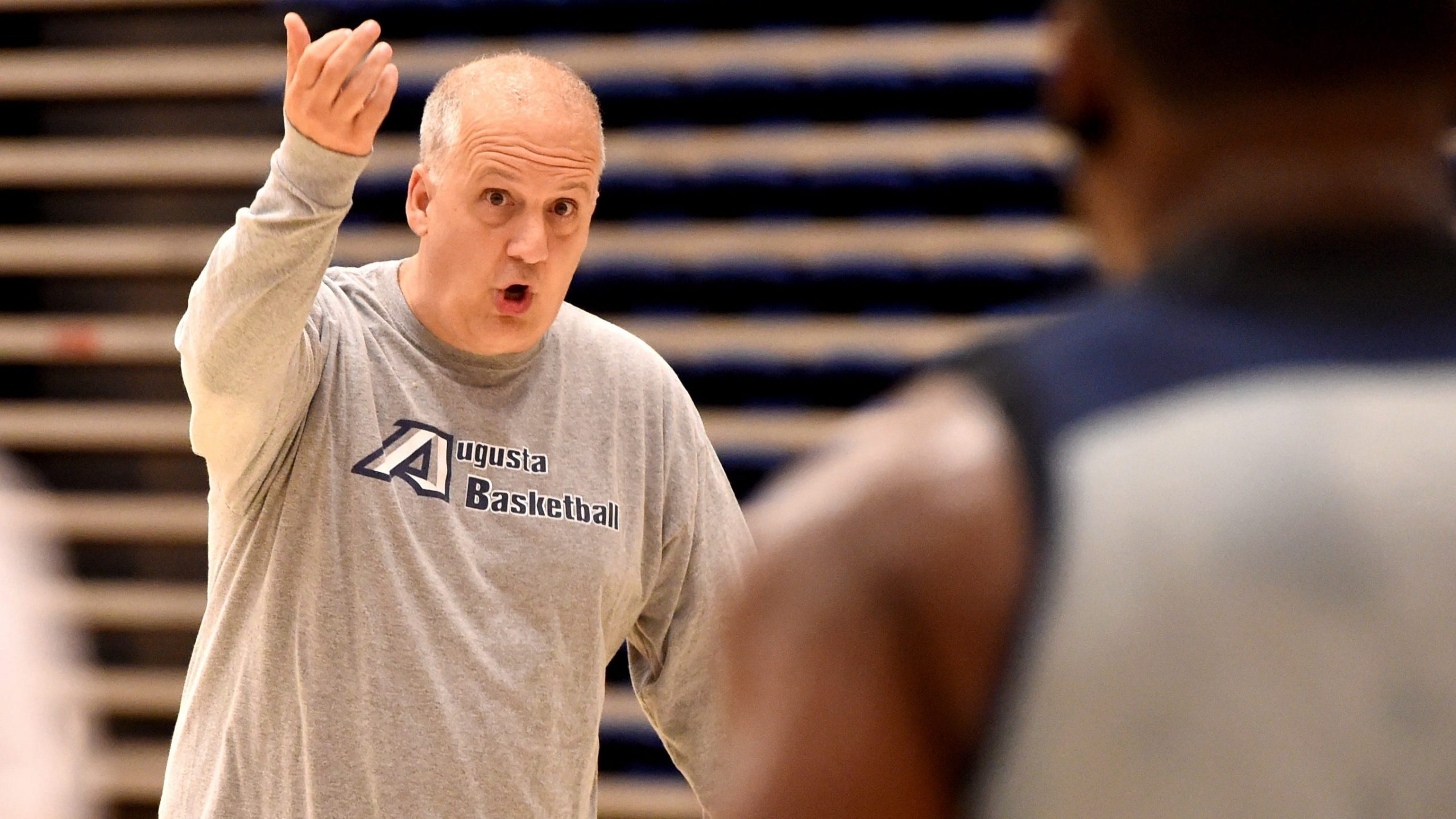 “I’ve said this all along, ‘You can wrap us in bubble wrap and we’ll play on Mars,'” he said, laughing under his mask.

Anyone who has spent significant time around Metress wouldn’t expect any other answer as he enters his 17th season at AU.

The team was practicing prior to its non-conference game against USC Aiken last week, which was canceled the next day. It was the third time this season AU has missed out on an opponent. The Jaguars are 2-0 in the fall part of their schedule.

Metress likes where his team is offensively, but acknowledges opponents in this climate are somewhat of an unknown commodity with erratic game and practice schedules; even for the Jags, who would normally have seven or eight games under their belt by now.

“Offensively, we’re better than I thought we’d be right now,” he said. “I’m not sure if it’s us being sharp offensively or the teams we’re playing not being as sharp defensively. When you play people, you don’t know how much practice they’ve missed.”

Things haven’t been all roses for Metress, either. Senior guard Troy Cracknell didn’t begin practicing until December due to an injury and junior forward Robert Barlund is still out. Both were major contributors last year.

Metress’ coaching style will have to adapt to the protocols, as well. The benches have become four rows of chairs, spaced six feet apart to comply with social distancing guidelines. It may not seem like a drastic change, but it alters in-game communication with his players.

“It’s tough. We’ve got to keep the bench engaged, because they’re so spread out,” he said. “Usually I could walk down and say something, now I’ve got to go all the way to the back. It’s different, but we’re both dealing with it.”

In the end, as long as there is a significant postseason at the end of the line, Metress and his squad are all in. He’s also received support from his bosses, University President Brooks Keel and Athletic Director Clint Bryant, on that front.

“We have said all along, ‘As long as we’re playing for a banner or ring, we want to be playing.’ There’s an NCAA Championship, there’s some type of postseason play, let’s keep playing,” Metress said. “The reason we chose to play the first semester was that we were playing for the year. Coach Bryant and Dr. Keel agreed and we’ll do what we need to do to stay safe.”

He added that there is precedent for the thought process. The Southeastern Conference completed 69 of its 70 scheduled football games and the conference title game, which was by far the best percentage among Division-I football.

“I think if you’re driven enough to play, like the SEC showed us in football, there is a finish line; it’s just not the normal finish line,” he said.

No. 16 Augusta opens conference play at home against Columbus State on Jan. 6. AU announced in November that no fans would be permitted to attend, but the games can be streamed through the website or the PBC Sports Network.