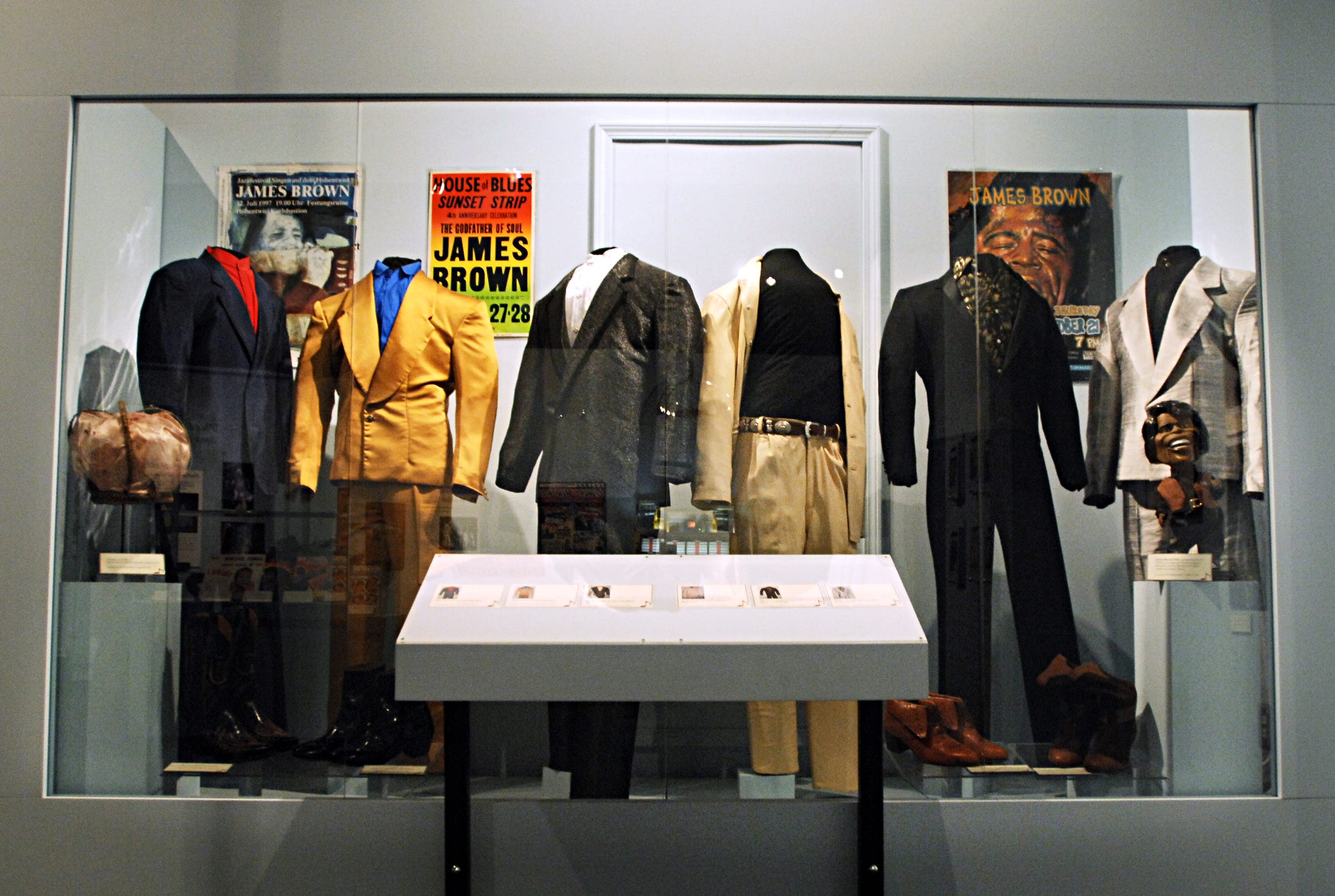 AUGUSTA, Ga. – Downtown Augusta doesn’t have a “cultural corridor” yet – but a door to it has been opened.

The idea, conceived by downtown business and civic leaders, is to emphasize the proximity of several downtown museums and market them to visitors as a single attraction that showcases art and history.

And like the future of so many other projects, its progress boils down to money.

Downtown boasts several museums already. The Augusta Museum of History and the Morris Museum of Art are the largest. Smaller attractions, such as the Gertrude Herbert Institute of Art and the Boyhood Home of Woodrow Wilson, are housed in historic buildings that contribute to their tourism cachet.

The Augusta Commission met late last year to decide how money would be allocated in the eighth iteration of the government’s special-purpose local option sales tax. Backers of more than 100 public or private projects submitted requests to receive part of the $250 million that’s expected to be spent over the next six or seven years.

Three museum projects jockeyed for position among the requests.

The Augusta Museum of History asked for $7 million to build a new wing dedicated solely to legendary entertainer James Brown. The museum’s already-considerable exhibit lacks the space to include vast amounts of Brown memorabilia still in storage, and other space would provide a home for the youth music initiative of the James Brown Family Foundation.

Independent filmmaker Brendan Thompson of Nashville, Tenn., requested $2 million to turn the old Academy of Richmond County building on Telfair Street into a Georgia Museum of Military History. Thompson, a former U.S. Air Force cryptologic specialist, visited Augusta on a film shoot and became intrigued by the distinctive building whose earliest parts date to 1802 and its potential as a museum, given that it’s already a national landmark.

Organizers of the Augusta Jewish Museum requested more than $3.5 million to help complete the refurbishment of the former Children of Israel Synagogue on Telfair Street and the adjacent former Court of Ordinary building. Both buildings date to the 1860s, and would house exhibits and memorabilia to help present the history, legacy and struggles of the Jewish people. The building is the oldest in Georgia constructed as a synagogue.

In December, the commission rejected all three museum requests.

“It was a great, great, great concept. And the mayor was behind it. We just couldn’t get the rest of the commissioners to go for it,” Super District 10 Commissioner John Clarke said. “I think the sad thing about it is, why I was so upset about it – I pointed this out, and there are still a little bit peeved at me for pointing this out but I don’t care – they’re always talking about tourism, economic development, whatever. This would’ve been a great cultural thing.”

Clarke said he proposed a “Museum Row” that could lead visitors on a journey through downtown that could last one or two days, with an admission pass that could be purchased at any participating museum or at the Augusta Convention and Visitors Bureau on Broad Street.

An extended tour, he said, could begin at the Augusta Museum of History then move to the Morris Museum, then the Jewish Museum, the Military Museum, the Herbert Institute, the Wilson House and the Lucy Craft Laney Museum of Black History. It could then turn up toward the Augusta Canal Discovery Center, the 1797 Ezekiel Harris House and historic Springfield Baptist Church, with a park across the street that marks one of the area’s first Black settlements.

“And then wrap it up with a latte at the Dime Museum of Oddities,” Clarke said, referring to Pexcho’s American Dime Museum on Sixth Street, across from the tour’s starting point.

Instead, a majority of commissioners voted to allocate money toward proposals such as a water park, which Clarke said should be a privately-funded venture, and several road improvement and stormwater projects, which Clarke contends are funded already through existing taxes.

But nongovernmental organizations, Clarke said, got short shrift. “We didn’t want to go for anything cultural that would be an economic development driving force,” he said.

With the SPLOST avenue of funding off the table, the only one of the three museum projects with the soonest likelihood of completion has already started. Backers of the Augusta Jewish Museum fully expect to open its first exhibits by July 1 – fulfilling a promise made to the city several years ago.

Congregation Children of Israel moved its worship from the synagogue on Telfair to a new temple on Walton Way. The grand Greek Revival-style building then became offices for the city’s Planning and Zoning Department.

That was attorney Nathan Jolles’ first exposure to the old synagogue. Family ties to the building run deep, with relatives holding worship services, bar mitzvahs and weddings there. By the time he first remembers setting foot in the building, it was very different.

“I would go down there to get plats approved, surveys approved, and I’d walk in the building. It was really interesting,” said Jolles, who also is vice president of the AJM’s board of directors. “I’d walk up the stairs, get to the top and go into the entrance, and think, ‘This is the building that meant so much to my family.’ ”

By 2015, city officials were planning to bulldoze the 150-year-old synagogue and court buildings to make room for parking spaces and greenspace. When news of those plans reached local accountant Jack Steinberg, he became a regular fixture at Augusta Commission meetings to plead the case for sparing the buildings to use as a Jewish museum.

“He went there for a year to the commission and begged for a way to do it, and they turned him down,” said Jack Weinstein, president of the AJM’s board of directors. “Finally one day – I was there when it happened – they said ‘You get five years to open a museum or we’re tearing it down.’ At that time the whole audience got up and clapped, so happy. And it wasn’t just Jewish people. It was people in Augusta, Ga.”

Among the museum’s 14 board members are Historic Augusta Executive Director Erick Montgomery and Lewis Smith, director of the McDuffie Museum in Thomson. Through individual donations and grants from local and state foundations, about $600,000 so far has been spent toward transforming the two buildings into a museum.

Donations have ranged in size from $25,000 to a woman’s sincere check for $2, Weinstein said.

“We had a booth at Arts in the Heart two years ago and people came by and said, ‘Where is it? We want to go see it.’ ”

The first visitors are expected to see the museum’s Education Center, which will be housed in the old court building, built in the 1860s as one of the city’s first “fireproof” buildings to house public records. Carpeting was expected to be completed by the end of January, but the court’s original floor is expected to be preserved also.

Other interior renovations are on-schedule to accommodate an opening by July 1, Weinstein said. The museum is being planned around four educational pillars: Holocaust remembrance; Jewish heritage and traditions; the nation of Israel; and Jewish contributions to the Augusta area.

Jewish tradition, and the local business leaders who embraced it, “really is an important part of Augusta,” Weinstein said. “Downtown wouldn’t have been developed without it.”

The top floor of the larger synagogue building will serve as a smaller-scale event space similar to the larger Sacred Heart Cultural Center, another local rehabilitated house of worship, “and will be set up just like the synagogue was in 1869,” he said.

“It’s taken an enormous amount of work from everybody. I’m very proud of what we’ve done so far,” Weinstein said.

Other museum projects are at different stages. A James Brown wing for the Augusta Museum of History, or a wing highlighting several local entertainment personalities, has been discussed at varying levels since at least 2008. Even with its most recent denial of SPLOST funding, the proposed project is unlikely to be abandoned.

Thompson is still advocating for a Georgia Museum of Military History. He said in late January that he still is meeting with commissioners to discuss options for advancing that project.

“We were of course surprised to hear that our proposal will not be included on SPLOST,” he said. “We were always going to raise funds outside of our stand-up budget, so nothing has changed in regards to our board of directors and current commitments.”

“We are very optimistic that we can find more partners to collaborate on securing funds for realizing the enormous potential of our proposed museum,” Thompson said.

Clarke said he and others are looking into the possibility of using unspent or unclaimed funds from previous completed SPLOST projects to further an Augusta cultural corridor.

“That money can be re-designated. So there are a couple of us looking at that, exploring that avenue,” he said.

“We will always be stronger together”: Augusta leaders address nationwide and local protests