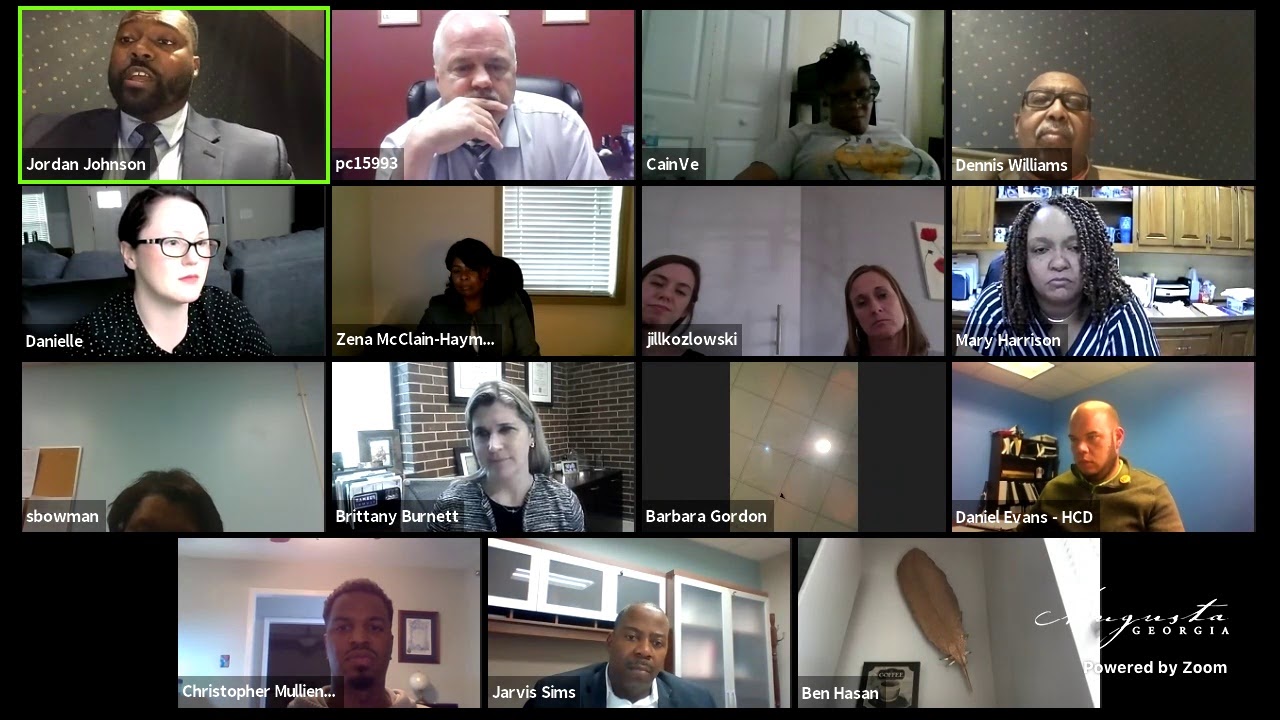 AUGUSTA, Ga. – Augusta’s newly created homeless task force held its first meeting Thursday, in what was more of an introduction than any discussions on solutions.

Commissioner Jordan Johnson, co-chair of the task force, said the group is not aiming to reinvent the wheel, rather focus on improving the work local organizations are already doing and provide support where it is needed.

“There is a substantial amount of work that needs to be done where homelessness is concerned in Richmond County. Although we’ve come far, we still have further to go,” he said.

Mayor Hardie Davis, who is not part of the task force, sent a memo to Johnson and Commissioner Dennis Williams regarding some issues he feels need to be addressed regarding homelessness in Augusta. In the memo, Davis outlines four components he feels are important the task force consider in the fight against homelessness.

One component is the creation of a one-stop center to provide resources to those facing homelessness at every level. His goal is to see a center that is able to provide employment resources, mail services, healthcare, child care, legal aid and many other services at a centralized location within the transit line.

He said properly addressing blight, having affordable housing and having a plan for workforce developments are things the task force should consider. Davis thanked the organizations for all the work they’ve done to help the homeless in Augusta.

“You’ve done the hard work, you’ve done the heavy lifting and you are continuing to do that, even in the midst of this global pandemic, often times with many little resources and support,” he said during the meeting. “We will have to collaborate in ways that we’ve not done before in this city.”

During the introductions, Richmond County School Board Member Venus Cain talked about the number of school children currently homeless. Cain said, as of Monday, there were 581 school children who were either considered homeless or doubled up, living with another family member.

“Homelessness does affect a child’s learning ability and whatever we can do to get this under control would be greatly appreciated,” Cain said.

Among the reasons children are homeless, Cain said six children were abandoned, 17 had violence protective order, 337 faced economic hardship, 89 due to evictions, 67 had family issues, 46 due to fires, 8 due to loss of employment, 8 due to incarceration and three whose reason has yet to be determined.

At the end of the meeting, Johnson said organizations will be divided into working groups to address different aspects of the homeless problem in Augusta. One group will focus on housing solutions, another on workforce development and another on access to mailboxes and storage.

After a post-meeting press conference, Johnson said they do not have a timetable for the task force to come up with solutions but hopes to bring recommendations to the commission before the end of the year.

“It’s important to not a dedicated timeline on this scope of work. We need to make sure that we are doing it correctly,” Johnson said. “It makes more sense to make sure we take all the time that we need to form a realistic, comprehensive, 21th Century plan that will address homelessness, centralize services that will serve Augusta.”

Davis said he was confident of the work Johnson and Williams will do with the task force to address homelessness in the area. He feels the two will lead discussions that will result in actual solutions rather than just conversations.

“We need to move aggressively in regards to the challenges associated with homelessness. It’s not going to go away, this is right now discussion that requires right now solutions,” Davis said.

Johnson said the working groups efforts will determine the frequency of task force meetings. He said they want to make sure they can come together and work on long-term solutions to make a difference in the community.

But short-term goals will not be part of the discussions. Recently, the task forceopened a warming center for the homeless. Johnson said he wasn’t opposed to bringing back the center every year.

“We want to make sure our primary focus is empowering these groups to get as much work done, as much research done so we can then come together and put a plan on paper to be able to present to the commission,” he said. “We should not be reading headlines about homeless men and women dying on the street because they have nowhere else to go.”

Johnson said they plan to ask the public to comment or offer solutions to the homeless problem.