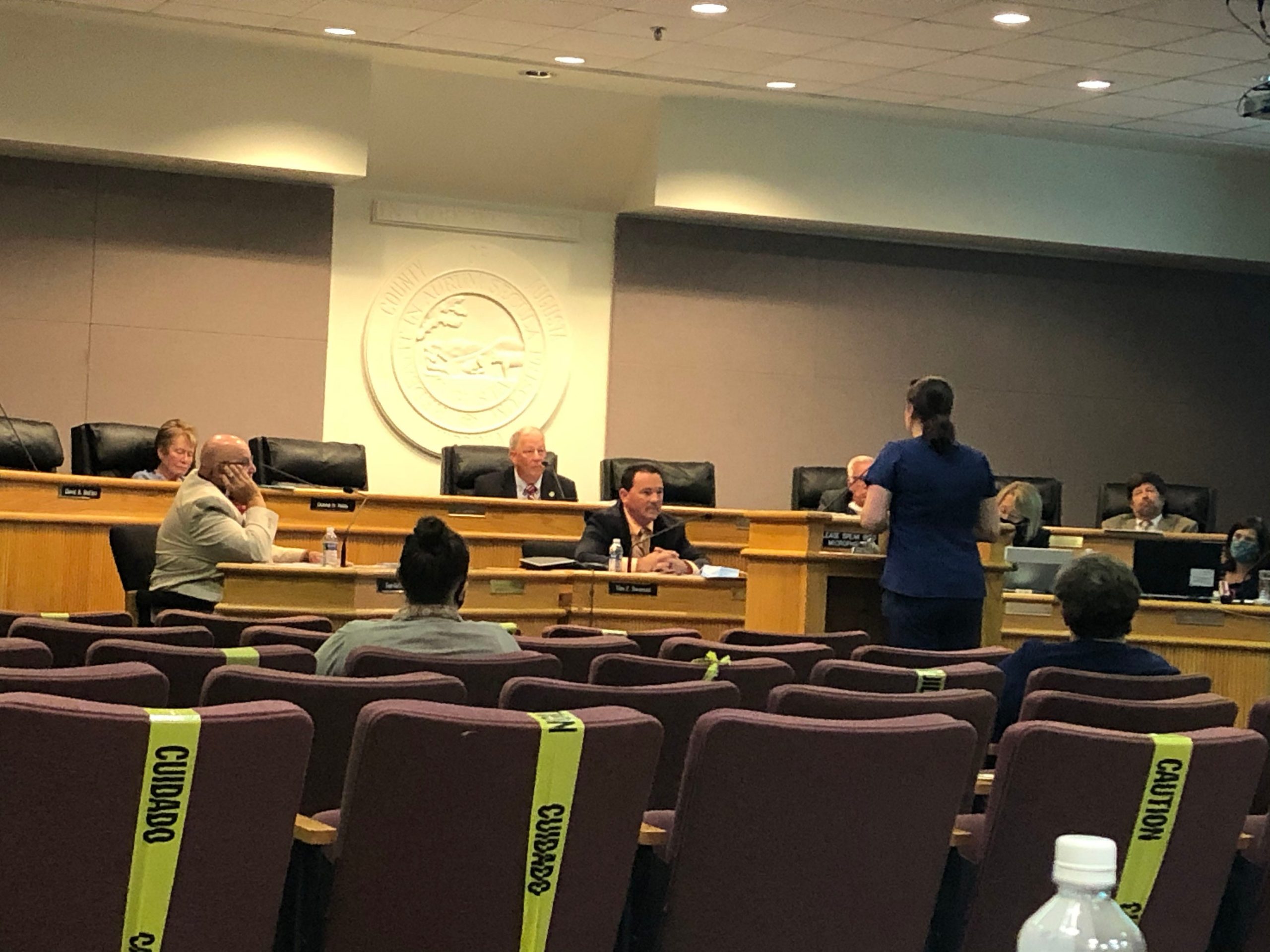 AUGUSTA, Ga. – As the Augusta Commission enters its 11th month of virtual meetings, some long for a return to normalcy.

“The senate and house are meeting in Atlanta and in Washington. What makes Augusta so different that we can’t go in for three hours one day a week?” said Commissioner Catherine Smith McKnight.

With commissioners sitting in front of various backgrounds, from a garage to a tropical island, smoking and eating as they wave their hands to speak, McKnight said some in the community have asked if the group is getting too comfortable.

“They are questioning the decorum, the way it looks. It’s just unprofessional,” she said.

McKnight and two of her colleagues – John Clarke and Sammie Sias – are alone in want to restart in-person meetings. Last week, the body voted 6-3-1 to reconsider resuming in-person meetings only after reviewing COVID-19 case numbers in 30 days.

Mayor Hardie Davis continues to work from his office in Augusta Municipal Building, as do most city staffers. And the commission members frequently meet with the public, so why not each other, McKnight said.

“It’s a double standard. I just don’t think things are as transparent. I want to look them in the eye and tell if they’re telling the truth,” she said.

If the commission resumed meetings, CDC guidelines would severely limit access to the chamber, with overall seating reduced from 200 to 40 and waiting area capacity from 50 to 20. After reserving spots for the commission and city staff, only eight or 10 seats would remain,  Donald said.

City and county governments around the state have varied in their approach to meeting during the pandemic. Columbia County, which had 60 new cases Friday, never stopped having its in-person commission meetings, which tend to be brief.

The Macon-Bibb, Albany and Chatham and Cobb County commissions all are meeting in person, but are socially distanced and limit attendance. Columbus-Muscogee meets in a warehouse with spaced-out seating.

The Savannah City Council meets over Zoom from their offices, as does Atlanta, which has a queue system for speaking and doesn’t show live video of most council members.

The governments developed the strategies because the Georgia Open Meeting Act doesn’t allow them to hide from the public – despite the health emergency.

The Act provides that a government can vote to bar some or all members of the public from a meeting, but must give advance notice and give those excluded a way to see or hear the meeting simultaneously, according to guidelines compiled by the Georgia First Amendment Foundation. The Act does not, however, mandate the public be allowed to comment, according to the guidelines.

Clarke said the Zoom meetings make him feel even more left out of the city government loop.

“There are so many things now that are being done that one hand doesn’t know what the other is doing. It’s always been that way, but it’s worse now – everybody is not on the same page,” he said.

Davis asked “what it is going to take” to implement the temperature scanners and COVID testing needed to reopen the meetings.

Commissioner Brandon Garrett said in-person meetings are preferable but wants to wait and make a plan.

“We are much more productive in person,” Garrett said. “I want to try to get a plan put in place for when we’re able to meet in person.”

He along with commissioners Sean Frantom and Ben Hasan and others on the commission voted to wait 30 days for the updated numbers.

Commissioner Jordan Johnson said it was “wise to wait” to protect employees and the public. “We just can’t go back without taking the necessary precautions. We have to do it when we’re in a safe position where we don’t regret it,” he said.

Commissioner Dennis Williams said he’s fine with returning to in-person meetings but supports the will of the group.

“As long as we follow all the safety precautions, I don’t have a problem with it,” he said. “I personally feel face-to-face is always much better but that’s just me. Other folks may think it’s more of a danger.”