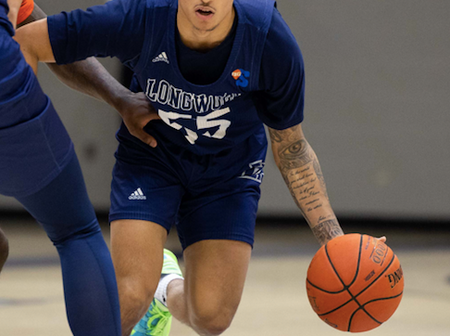 AUGUSTA, Ga. – After a junior campaign that earned him Region 8-AAAAA Player of the Year and an Augusta Chronicle first team all-area selection, Brooks Pangle has earned an opportunity to compete against some of the best quarterbacks in the country.

Pangle recently received an invite to an Elite 11 regional competition in Atlanta March 7.

“It’s quite an honor,” he said. “Pretty much every big name you hear in college right now has been through that camp and through that process so it’s good to just be a part of it.”

Elite 11 is a quarterback ranking system that features the top 11 college prospects each year. In recent years, Justin Fields (2017), Trevor Lawrence (2017), Jake Fromm (2016) and Tua Tagovailoa (2016) were among notables to compete.

If Pangle can work his way through the finals, it will solidify him as one of the top quarterbacks in the country.

“Hopefully as I advance through the camp, I’ll have more schools see how I play,” Pangle said.

Pangle has been busy this offseason sending film to college programs to continue to spread his name around. Since the season has ended, Pangle said he’s started to gain more interest from Ivy League schools, including Harvard and Columbia, as well as some Division II schools. He’s still waiting for his first offer.

Taylor shines in debut as FMU women return to the court