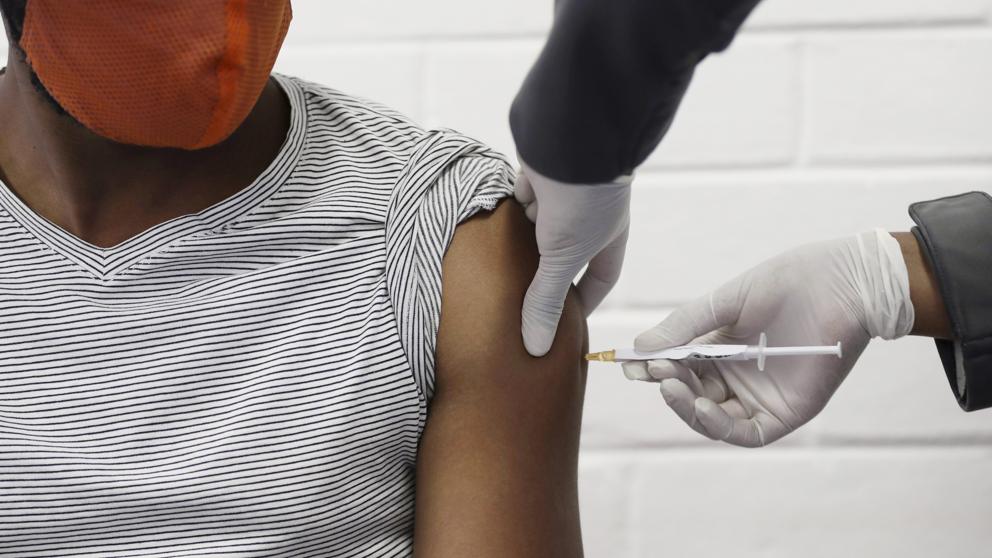 AUGUSTA, Ga. – Quentin White, 35, of Augusta had his doubts about the COVID-19 vaccine but as a caregiver for his elderly grandparents, he rolled up his arm for the shot.

“You’ve got to keep yourself safe as best you can,” he said after getting his second dose this week at the East Central Health District drive-through site in Augusta.

While Georgia has struggled to get people vaccinated overall, it is also lagging in getting Blacks an equitable portion of vaccines, the Augusta area has done surprisingly well and Blacks outnumber whites in some counties. That is due to a concerted effort with Black churches and outreach efforts in the community, Augusta leaders said.

In Georgia, where Blacks make up 36.2% of the population, 22.3% of the vaccine has gone to Blacks compared to 57.2% to whites, according to the Georgia Department of Public Health. But in Richmond County, Blacks have gotten 44.5% of the shots compared to 41.6% that have gone to whites, according to public health data. Blacks have received a higher share of vaccine in Jefferson, Taliaferro and Warren counties as well, the data show.

That is in part because of targeted efforts in the area, said said Dr. Stephen Goggans, director of the East Central Health District.

“Especially in Richmond County, we have done outreach to target populations that were either underrepresented in vaccinations overall or that had specific barriers to vaccination that would make it difficult for them to come to our sites,” he said. “The efforts at outreach have been very important to getting those numbers” closer to equitable.

It is not only for equity but also to address the heavier burden those communities have borne during the pandemic, Goggans said.

“African Americans and Latinos have been particularly impacted by COVID, those communities have seen higher rates of infections and hospitalizations and deaths, so just simply trying to address the sheer burden of illnesses is part of it,” he said.

“We have been very conscious of the disparities and we have tried to correct as much as possible on our level,” she said. “From the University Hospital standpoint, we did make an effort to reach out to these communities and increase vaccine acceptance and make it easier for them to be able to get this vaccine.”

That is why the numbers look the way they do in the Augusta area, said Dr. Phillip Coule, chief medical officer for AU Health System.

“Part of the reason we are seeing these numbers the way they are is we have been intentional in ensuring that we were equitable in our rollout of vaccine,” he said. “Particularly, the faith-based community has played a huge role in that and continues to play a huge role in that.”

Both AU Health and University have held large clinics at Black churches multiple times over a number of weeks to ensure greater access in the community, Chirca and Coule said. Doctors who are members of the community have also led these efforts, Chirca said.

“They have been wonderful in advocating to their communities for these vaccines,” she said. “I think all of this does play a role.”

But many of those coming to clinics are those with fewer barriers to access and the greater challenge will be in getting to those who will have a harder time coming to a clinic or another site, Goggans said.

“To get to those people, we’re going to have to go to them,” he said. “Mobile is going to become the key next phase of this over the next few months.”

Augusta National Golf Club and the Community Foundation of the CSRA made a $2 million donation to help fund mobile units at AU Health and with East Central. But in addition to continuing to work with churches, that outreach may have to stretch further, Coule said.

“We’ve got to continue to explore opportunities such as food banks and community centers as well as the faith-based community to get the vaccine closer, just to lower that amount of effort” needed, he said. There are other gaps as well, Coule said.

“I think we are still missing a lot of homebound individuals that don’t have somebody to advocate for them, to get them vaccinated,” he said, so additional strategies and partners will be needed.

Getting everyone vaccinated is important in reaching herd immunity and stopping community spread, Goggans said. And that will require a team effort, Chirca said.

“It has to be a concerted effort among all of the health care providers in the region and the health department to promote and offer and making this accessible to people,” she said.

Getting vaccine to people will be key, White said.

“You’d be surprised how many people don’t have transportation,” he said.