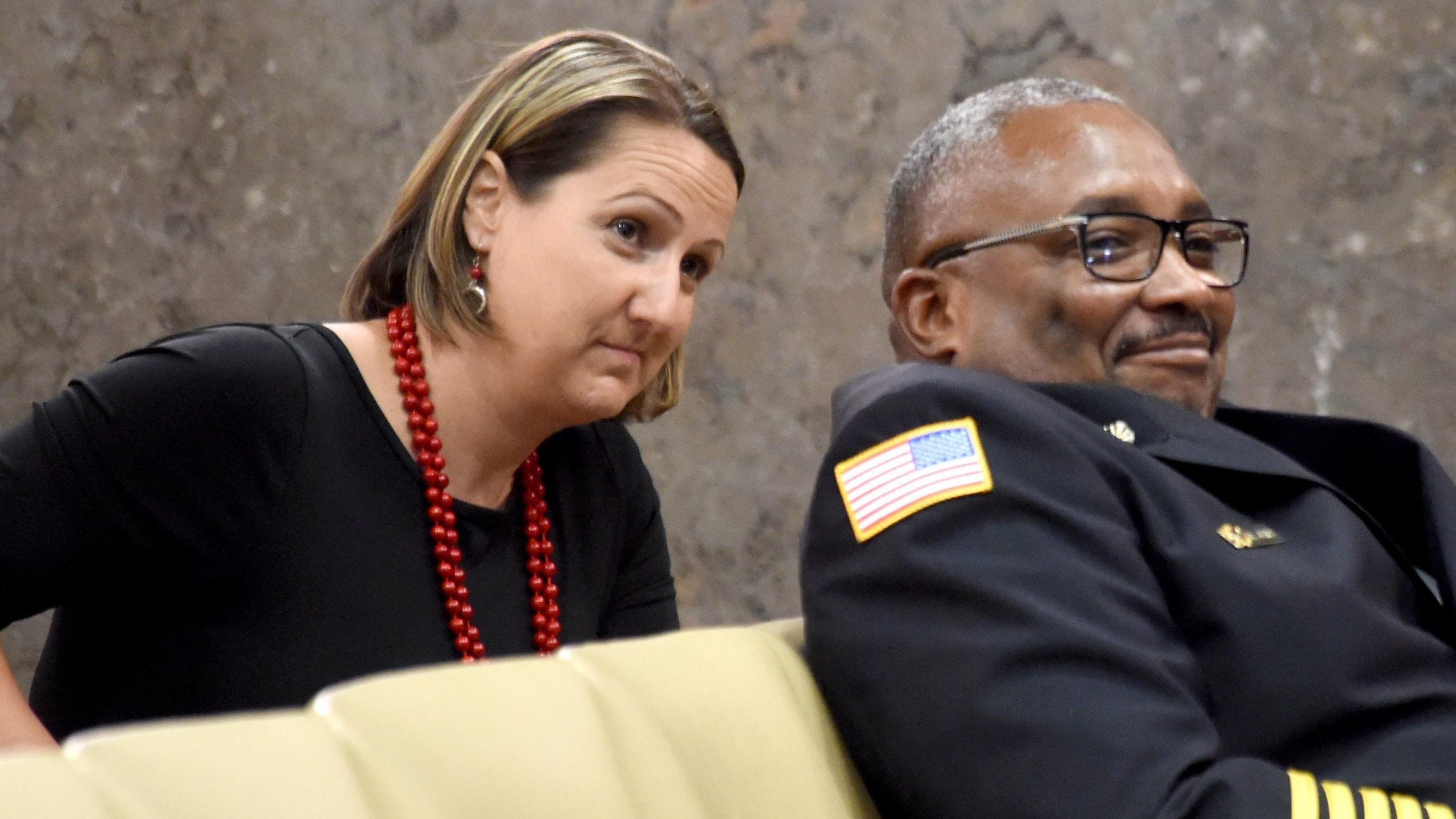 AUGUSTA, Ga. – A decision by the new district attorney to review pending gang cases is being met with sighs of relief from some defense attorneys who see gang cases as headline grabbers that lack credible evidence.

One of the first major gang indictments handed down by a Richmond County grand jury in 2017 lodged charges against 17 people, several of whom remain in jail without bond. Although the gang statute was on the books by 2017, it was the first major multiple defendant case to be brought forth in Augusta.

Kevin M. Hanna, 30, has pleaded not guilty in the 2017 case which his lawyer criticizes as lacking in substance. Attorney Jacque Hawk has filed a renewed motion for bond for Hanna who has spent most of the past five years in jail waiting on a trial that may still be months away, if not longer.

District Attorney Jared Williams said he is reviewing the gang cases to ensure each has sound evidence of each element of a crime that must be proven to obtain a conviction, and that the alleged criminal act is connected to gang activity.

Williams said he believes people should be prosecuted if they commit a criminal act, not because of whom they associate with. “It’s not enough to just have a hunch.”

Sgt. Caleb Lee, public information officer for Richmond County Sheriff’s Office, said the prosecution of the cases is a question his department defers to Williams.

Natalie Paine, who lead the officer before Williams, said she wouldn’t have taken any case to the grand jury if there wasn’t cause.

“I didn’t take cases to grand jury that couldn’t meet the threshold. I had specialized prosecutors and investigators in my office, including myself, that had extensive training,” she said.

“Gangs plague our city and rob our youth of their innocence and their future. I was committed to using one of the best anti-gang statutes in our country to combat these criminal enterprises and that is exactly what we did,” Paine said.

Attorney Titus Nichols contends one of his clients is snagged in a 170-count indictment because some unknown person allegedly told investigators he was a gang leader. Nichols said he has seen no evidence that Jacques Perry, 33, who lives in Atlanta even knew about various crimes listed in the indictment let alone took part in any way.

Perry and the 21 others are accused not only of violating the state’s Street Gang and Terrorism Prevention Act but the state’s Racketeer Influenced and Corrupt Organization Act. The RICO law is intended to reach those who don’t get their hands dirty but are still intimately involved in criminal acts, Nichols said.

But using RICO in Perry’s case is like trying a member of a gang in Atlanta for a crime committed by a some gang member in Chicago, or trying a drug user for drug trafficking, he said.

The gang law can be just as overreaching, tainting those accused with the “gang” label, Nichols said. If there were three white Columbia County men displaying gang signs no one would think anything about it, but three Black men in east Augusta are automatically thought of as gang members, he said.

Even if someone is a gang member, that is not a crime, Nichols said. The prosecutor still has to prove he not only committed a crime but did so on behalf of a gang.

In the 2017 case, the underlying acts of the RICO charge lists four for Hanna, three of which involve the use of hand signs.

According to the indictment, Hanna is allegedly a member of the gang known as Loyalty Over Everything. He is accused along with two others of a Feb. 8, 2014, fatal shooting on the Bobby Jones Expressway, but the alleged eyewitness recanted her statement, Hanna’s attorney, Hawk, contends.

A robbery victim has also recanted his allegations against Hanna, and a witness Hanna is accused of illegally influencing testified under oath that Hanna didn’t say or do anything to him, Hawk argued in his motion.

Denzell Samuel, 25, has been in custody for a total of 15 months since he was arrested with three others after a pound of marijuana was allegedly found in the vehicle in which he was a passenger. Samuel is accused of violation of the gang law, a crime punishable by a minimum of five years in prison.

But according to his attorney, Scott Connell, there isn’t any evidence in the discovery he’s been provided that says Samuel is a gang member. There is a gang connection to a person listed in the discovery with the same name, but the date of birth and Social Security number listed don’t belong to his client, Connell said this week at a bond hearing.

In another bond hearing Monday, attorney Daniel Franck told the judge that Antonio Sheppard, 21, is charged with six counts of violating the gang law all based on the allegation he had one stolen handgun in his pocket Nov. 8, 2019. The charges lack substance, Franck claimed.

The district attorney said he is reviewing the gang cases in order to ensure criticism of gang prosecutions is not an legitimate issue in any pending cases.

Augusta parents charged with murder of 1-year-old, mother and neighbors say there’s more to the story