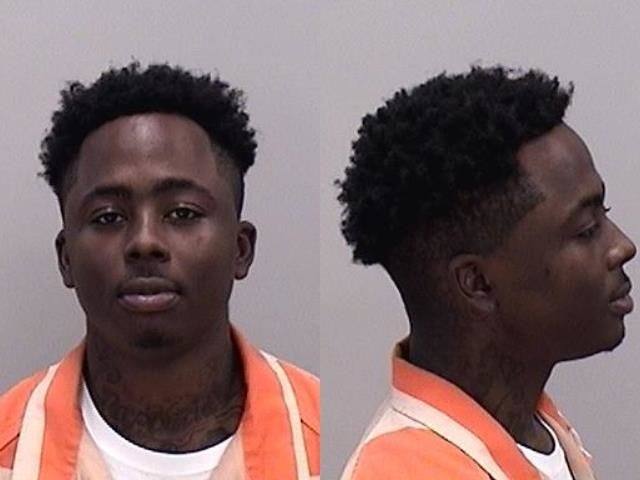 AUGUSTA, Ga. – A third suspect was arrested and charged Wednesday in relation to a double-homicide at a Harrisburg neighborhood barbershop in November.

Cortez Berry, 23, was charged with two counts of murder, felony criminal attempt, possession of a firearm during a crime and parole violation in the Nov. 23 deaths of Meguel Freeman, 48, and Wyman K. Scott, 34.

Marquise Harris, 18, and Kazarie Middleton,18, both of Augusta, were arrested in December and each charged with two counts of murder, two counts of criminal attempt armed robbery and two counts of possession of a firearm during the commission of a crime.

Deputies responded to Johnson’s Beauty & Barber Salon on Eve Street and found the bodies with gunshot wounds, according to the Richmond County Sheriff’s Office. Investigators were able to obtain information that led to the identification of the three suspects in the case.

According to arrest warrants, the three suspects shot and killed Freeman and Scott while attempting to rob the barbershop.

In 2015, Berry made news while in a Forsyth jail, after a photo of him kneeling on the ground with his left eye swollen shut and a rope tied around his neck while a man standing behind him had the end of the rope looped around his hand was shared online, The Augusta Chronicle reported.

Berry was arrested in 2011, at age 14, in connection to an armed robbery and charged with aggravated assault, theft of a motor vehicle and robbery, but was sentenced to probation in Juvenile Court. His probation was revoked in Nov. 2013 and he was ordered to serve the remainder of his eight-year sentence in confinement, the Chronicle reported.

He was first sent to the Augusta Youth Development Campus and transferred to a correctional facility at age 17.

He is being held at the Charles B. Webster Detention Center.