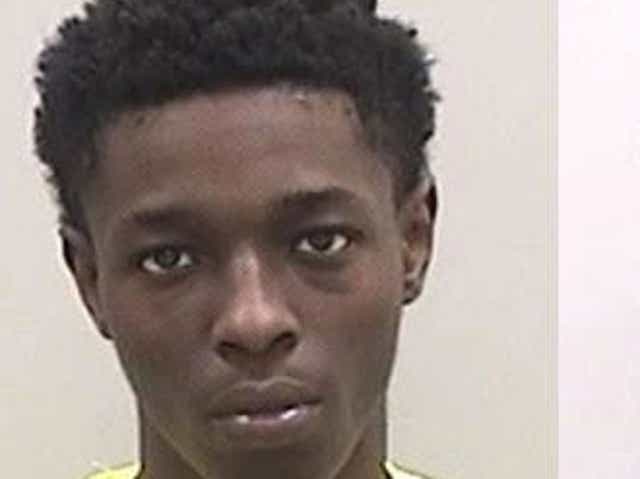 AUGUSTA, Ga. – An Augusta man accused of taking part in a double homicide just three months after he was paroled from prison will remain in jail pending possible indictment and trial, a judge ruled Friday.

During Cortez Berry’s Richmond County Superior Court bond hearing, Assistant District Attorney Klaxon Wilson told the judge Berry is one of three suspects in the Nov. 23 slaying of Meguel Freeman, 48, and Wyman K. Scott, 34. The two were found dead in the Johnson’s Beauty and Barber Salon on Eve Street in the Harrisburg neighborhood.

A customer found the victims on the floor that afternoon and called 911. A neighbor told investigators he heard around five gunshots between 1 and 2 p.m. and saw a car speed away with several young men inside, Wilson said. With that lead, investigators tracked down a security video that revealed the suspected vehicle seen speeding from the scene and then located the owner, which led to the suspects.

Berry was paroled from prison three months before the double homicide, Wilson said. A probation sentence he received in 2011 on reduced charges of robbery and assault was revoked in November 2013 when he was arrested on a burglary charge. He was sent to prison for eight years, seven months and 26 days.