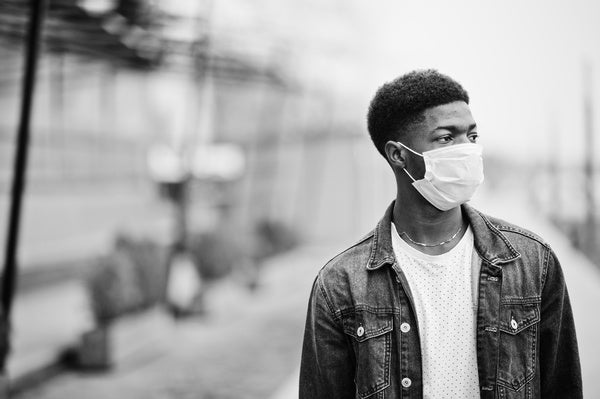 AUGUSTA, Ga. – Georgia suffered a series of surges in its first year of the COVID-19 pandemic, shutting down the state too late to stop the first wave and then riding progressively higher spikes in cases and deaths in the summer and then through the holidays initiated by younger people flaunting restrictions that then spread to the more vulnerable, according to public health experts and an analysis by The Augusta Chronicle.

Poorer and more rural areas and Black people were hit hardest, crippled by years of poor health, neglect and occupational risk, with higher death rates and worse outcomes exacerbated by the pandemic even in younger people, the analysis found.

Georgia’s first two cases were announced by Gov. Brian Kemp on March 3 and even with limited testing the state saw successive jumps in cases, doubling every few days, so that by the time Kemp’s shelter-in-place order took effect a month later on April 3, the surge had already begun.

Georgia went from 5,831 cases and 184 deaths that day to 11,483 cases and 416 deaths the next week to 17,194 cases and 650 deaths the following week, the Chronicle analysis found. The emphasis then was on “flattening the curve” to try and avoid overwhelming hospitals but because of the incubation period of the virus and delays seeking testing and reporting results, case data tends to lag about two weeks behind infections, said Dr. Amber Schmidtke, until recently an assistant professor of infectious disease and immunology at Mercer University School of Medicine, who has performed daily and weekly analyses of the pandemic in Georgia.

“What’s hard about that in public health, because of the delays, it seems we don’t really appreciate where we are at the moment,” she said. “It’s not until we look back that the story starts to make more sense.”

After Georgia reopened April 24, and cases and deaths did not spike, it also became apparent to some experts that the pandemic was not being felt equally across the state.

Dr. Justin X. Moore and colleagues at Augusta University published an analysis of the first seven weeks of the data in Georgia that showed smaller, poorer rural counties – particularly in southwest Georgia where an outbreak after two funerals in Albany had overwhelmed health systems there – were experiencing far higher death rates than urban areas of the state.

The same held true when they later expanded the study through June 30, Moore said.

“We saw some of the same patterns, just really bad disparities when you look at certain marginalized communities,” he said. Those disparities have continued throughout, Moore said.

Having come out of the first surge, the second began around Memorial Day, likely driven by “early days of pandemic fatigue,” Schmidtke said. This time, the surge appeared first in the coastal areas of Georgia around Savannah and other ” tourist-friendly areas,” she said. Cases shot up the week of June 26 and peaked around July 24 at 26,218 over that seven-day period. Unlike earlier surges, this time the majority of cases were in younger people, the Chronicle analysis found.

“It tends to be that every surge that happens after that initial one, when we had plentiful tests, it does seem that the surges begin with our younger age group and then fan out,” Schmidtke said. “There’s a certain sense of fearlessness that comes with a younger age, that you’re more or less invincible.”

After a lull in September and early October, cases began to pick up around Halloween and the two weeks after. There were higher rates again in many younger people, particularly those ages 10-17 and 18-29, which in Schmidtke’s mind led back to Halloween.

“The idea being there were Halloween parties and (those age groups) are the kids you’re most likely to send to a Halloween party unsupervised,” she said.

From there, the holidays began and each one seemed to lead into the next and add to the spike. Cases and deaths really took off two weeks after Thanksgiving on Dec. 11, with the highest weekly total to date at 28,604 new cases and then just climbed from there, the analysis found.

“By the time we started seeing the impacts of Thanksgiving, Christmas was already there and people had already made plans,” Schmidtke said. “By the time Christmas happens, New Years Eve is a week later.

“What tended to happen is if a person was going to ignore the public health guidance for one of those events, they were more likely going to ignore them for all of them. So the risk is they pick up the disease at one event and take it to the next one.”

Rural counties continue to struggle in the new year

The toll remains greatest, however, in those rural counties with higher Black populations, less medical infrastructure and higher rates of poverty and lack of health insurance. The COVID-19 death rates for Black adults is higher across all age groups compared to whites, an earlier Chronicle analysis found. When calculated as a rate per 100,000 population, the death rate for Black adults ages 30-39 is 4.29 times higher than whites, is four times higher among Blacks ages 40-49 and 3.1 times higher among those ages 60-69, the analysis found. In many of those same counties, Moore and colleagues have previously documented higher death rates among Black women for breast cancer.

“At a certain point it does feel redundant, the horrible trends that we continue to see,” Moore said. The pandemic brought into sharp focus the impact of factors that have led to these disparities, the inability to access care or afford care, or have a job that allows time off to get care or stay home when sick, he said. A colleague’s work shows that Blacks are more likely to have jobs that require them to show up in person rather than work remotely, in service or transportation or health support positions, Moore said.

“These positions increase someone’s direct exposure” and raise their risk, he said.

Part of the problem is infrastructure, Schmidtke said.

“Georgia has suffered for a long time with disparities in the rural vs. urban divide when it comes to health care access,” she said. “We have a lot of health deserts in those spaces.” For every surge Georgia saw, the death rate in rural counties has been twice the state average, Schmidtke said. Death rate for rural Georgia, for instance, is twice that of Fulton and DeKalb counties, she said.

Those factors may be working together in what health experts call syndemics, epidemics of disease that work together to make outcomes worse, said Medical College of Georgia Dean David Hess. In those counties with higher poverty, and higher rates of heart disease and obesity “that is where COVID hit,” he said.

The state can no longer ignore the underlying problem, Schmidtke said.

“This is something that we are going to have to address long-term, not just when the pandemic is over, what happened here and how can we prevent something happening like this again in the next pandemic,” she said.

Already, there are efforts by community groups and individuals to try and address the disparities. Moore and 100 Black Men of Augusta have been holding regular events at churches and beauty salons to offer COVID-19 testing, information and the ability to participate in research studies looking at front-line workers. But those efforts haven’t taken on the bigger problem yet, he said.

“You see individuals and smaller organizations trying (to bridge the gap),” Moore said. “But what is much more needed is a systemic approach. It’s quite difficult if we don’t have those resources and support.”

Last-minute tax tips from the pros