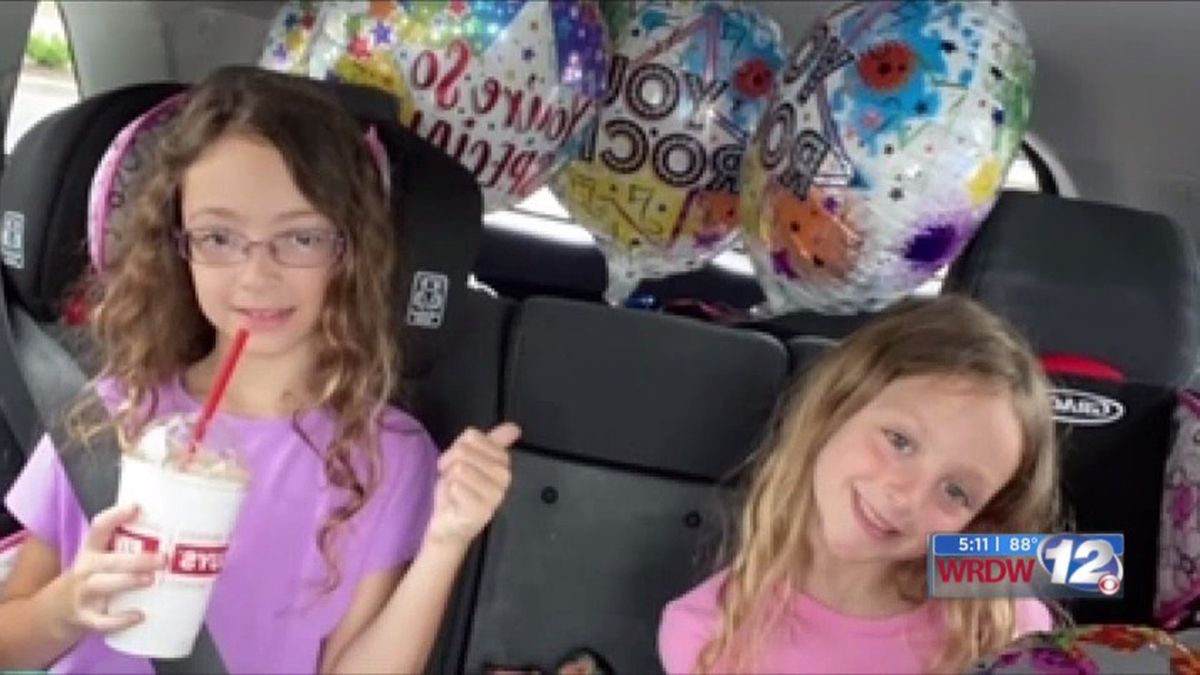 AUGUSTA, Ga.– For a lot of kids, this will go down as the summer of disappointment. No birthday parties. No family vacations. They didn’t even get to say goodbye to their friends at school.

But there’s a new pick-me-up prank in the CSRA that’s raising the spirits of many during the COVID-19 pandemic.

When I was a kid, if someone rang your doorbell and then took off, let’s just say it wasn’t exactly a pleasant surprise when you opened the door. But a local group of kids is changing that.

“When we were younger, this was a completely different game that we were playing,” Alysha Dearth said. “It was something that if we did get caught, we could get in trouble.”

But people all over the area are getting caught being good — by delivering the goods. It’s called ding dong ditch, and at first, it was a group of local moms in need of a lift — and maybe an adult beverage or two — after being quarantined with the kids.

“Raegan asked me, she was just like, well do we have a kids version, and I said, ‘No, not that I’ve seen.’ And she’s like, ‘Well, there should be, because we have to put with with y’all, too,'” Alysha said.

All joking aside, 8-year-old Raegan Dearth knows kids are struggling with this too.

“They don’t get to have their birthday parties because of this coronavirus,” Raegan said.

So, mom, Alysha created a private Facebook group to let kids bring a smile to other kids. It hasn’t even been 2 weeks and they already have more than 70 members, including Raegan’s 5-year-old sister, Riley.

“It did work, but we couldn’t hear it,” Raegan said.

So the whole dash thing didn’t exactly pan out, leading to Riley and Raegan getting caught.

​The girls were busted bringing more than just treat bags, games, or balloons. In a time where we can all feel very isolated, they also bring the gift of contactless human connection.

“So it’s building community without actually having to be in the community, you know, in contact with people, so that’s been fun,” Alysha said.

It’s been fun and safe. The group is private, and it’s up to parents how much info they share.

There are other safety measures, too, but we’ll let those stay a secret. After all, both the kid version and the adult version of ding dong ditch use the element of surprise.

If you want to join either group, they will be happy to have you ditch as well.