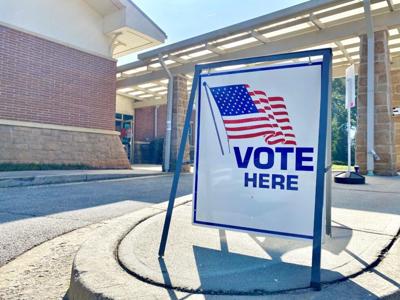 GEORGIA– A wide-ranging bill clamping down on absentee voting in Georgia that has split Republicans and Democrats moved in the state House of Representatives on Wednesday.

Fleming’s bill would also restrict ballot-casting on weekends during the three-week early-voting period, scrapping rules for polls to be open on Sundays and instead requiring counties to pick either one Saturday or one Sunday ahead of Election Day for the precincts to be open.

District 43 State Sen. Tonya Anderson, D-Lithonia, who represents part of Newton County, and members of the Georgia Legislative Black Caucus (GLBC) and Andrea Young, executive director of American Civil Liberties Union of Georgia, were to lead a discussion today, Feb. 25, at the State Capitol around collective opposition to Fleming’s bill, which is an omnibus elections bill.

The bill passed the state House Special Committee on Election Integrity, which Fleming chairs, on a party-line vote Wednesday and now heads to the full House for approval.

Fleming’s bill has been panned by Georgia Democrats who call it a measure aimed at suppressing votes after the party’s historic 2020 election wins. Democrat Joe Biden carried Georgia in the Nov. 3 presidential race, and the party won both of the Peach State’s U.S. Senate seats.

Republicans are going all-in to change Georgia’s rules for voting by mail this legislative session, having filed bills in both chambers that would require at least a driver’s license number or other legally-accepted ID to request an absentee ballot – and in some cases, a printed copy of one’s valid ID as well.

The Georgia Senate passed a measure this week by Sen. Larry Walker, R-Perry, that would require absentee-ballot seekers to provide their driver’s license or state ID number, or if they don’t have those ID forms, then alternatively a copy of their passport, employee ID card, utility bill or bank statement.

On Tuesday, Senate Majority Leader Mike Dugan, R-Carrollton, introduced a 25-page bill with nearly two dozen election-focused proposals, including a mandate for Georgia voters to obtain a witness signature and a photo ID copy in the envelopes for absentee ballots mailed back to county elections officials.

That bill, which all but three Republicans in the Senate are co-sponsoring the bill, entails the most dramatic changes for mailing votes in Georgia that stand the best changes of passing this year in the state legislature.

“Recently, many of our citizens have expressed a lack of faith and integrity in our current election systems,” read a statement from the Senate Republican Caucus. “We have heard these concerns voiced by many – and addressing these concerns has been at the forefront of our legislative efforts this year to promote the good of the state.”

Democratic leaders have blasted the GOP-brought bills, framing their opponents’ focus on election integrity as a smokescreen for wooing conservatives still loyal to former President Donald Trump, who unleashed popular – but fundamentally unproven – claims of voter fraud after losing Georgia’s presidential election in November to Biden by 11,779 votes.

“[The] Georgia GOP is hell-bent on suppressing the vote because they can’t win when Georgians vote,” said U.S. Rep. Nikema Williams, D-Atlanta, who chairs the Democratic Party of Georgia. “If they wanted to restore confidence in elections, they would work with Democrats to pass common-sense legislation, not help fuel the far-right’s false election fraud narratives.”

Some local Democratic leaders have also pointed out the costs county elections officials could incur by implementing the changes in Fleming’s bill, noting a recent report from the nonpartisan Voting Rights Lab that estimates Georgia counties could be forced to spend around $57 million on the changes in the next election cycle.

“Counties should not be held responsible for dangerous unfunded mandates that do nothing to make elections ‘secure’ but instead limit access to democracy for Georgians statewide,” read a letter penned this week by local leaders in Albany, Columbus and Augusta.

Fleming’s bill passed out of his committee after four separate hearings in which several county elections officials testified about the financial impacts of the proposed changes, expressing support for some provision like tighter ID verification but opposing others such as requiring drop boxes for absentee ballots to be placed only inside polling places.

Fleming, who is heading up this year’s debate on election bills in the Republican-controlled House, has made clear he believes the proposed changes would only create challenges for about 3% of Georgia voters who lack driver’s licenses – while boosting security for millions more voters.

“The goal of the bill … is an attempt, to the extent that we can, to begin to remedy some of those [elections] problems … and try to bring the left and the right back to a position where they have confidence overall in our election system,” Fleming said.