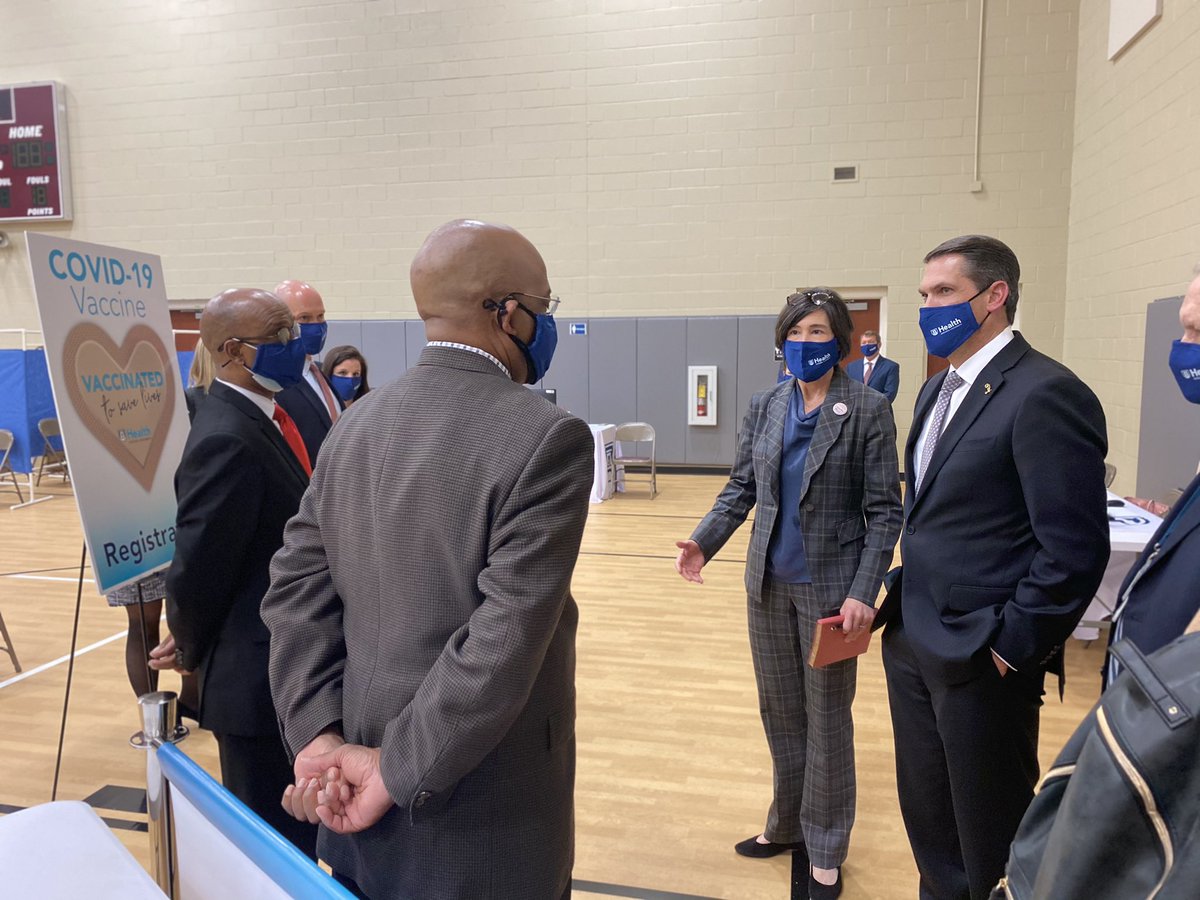 AUGUSTA, Ga. – Lagging behind other states in its COVID-19 vaccination rate, Georgia is going to start increasing vaccine supply to providers that demonstrate they can more reliably and efficiently vaccinate people, Gov. Brian Kemp said Wednesday.

“And that will bode well for you all,” he told Augusta University President Brooks Keel and officials with AU Health System after a vaccine roundtable at the university.

But it is a different story for nearby University Hospital, which has seen very little vaccine come from its orders over the past six weeks, CEO Jim Davis said.

Kemp praised a partnership between AU Health and local churches being supported by big donations from the Community Foundation of the CSRA and Augusta National Golf Club, including using the  old Stein Mart building in Washington Square shopping center as AU Health’s vaccine hub. Noting that some of those Black churches have seen 70% to 80% of their eligible congregations get vaccinated, Kemp said he “really applauds the partnership, coordinating that with local pastors. The partnership you all have is getting it done.”

Georgia ranks last among all states in the rate of people over age 18 who have been vaccinated per population, according to the Centers for Disease Control and Prevention. Even including 250,000 doses given through pharmacies in Georgia that Kemp believes should have been added to the state’s total would only lift Georgia to third worst, ahead of only Alabama and Tennessee, according to an Augusta Chronicle analysis.

Kemp said Georgia wasn’t focused initially on getting “just as many shots in arms as we could but to get the shots in the arms of the people who were most vulnerable,” those over age 65, which accounted for 77% of all Georgia deaths.

Now, the state has opened wide its eligibility pool to those ages 55 and older, those with chronic illnesses and their caregivers, which Kemp said was around 5 million people. Also, the state is getting “good signals from the Biden administration” on increasing its vaccine supply, and that will help drive more outreach efforts such as mobile clinics to churches or community events, Kemp said.

“We can announce it one Sunday in the church bulletin and do it the next,” he said. “There are a lot of things we could do in the days ahead.”

He blamed part of the state’s current slow pace on its hospitals, particularly those in metro areas, that are “holding doses, either for second doses or they don’t have the demand,” Kemp said. He is making it clear to them “they need to get those shots in arms, they need to be working on partnerships just like AU has done, with local churches, with local civic groups. And get those doses out of the freezer and get those shots into arms.”

“When we hear about all of this free-flowing vaccine, it isn’t flowing to our community hospitals” like University, he said, which had up to that point conducted “incredibly efficient, friendly, well-run vaccination clinics” and has given 19,300 doses as of Wednesday.

“And yet we can’t get any more,” Davis said. “There’s very limited information coming from (the Georgia Department of Public Health) regarding why we aren’t getting the vaccine or when we are going to get it.”

The department provided a screenshot of records showing University has been allocated 2,925 units of Pfizer vaccine and 15,900 of Moderna vaccine through Monday.