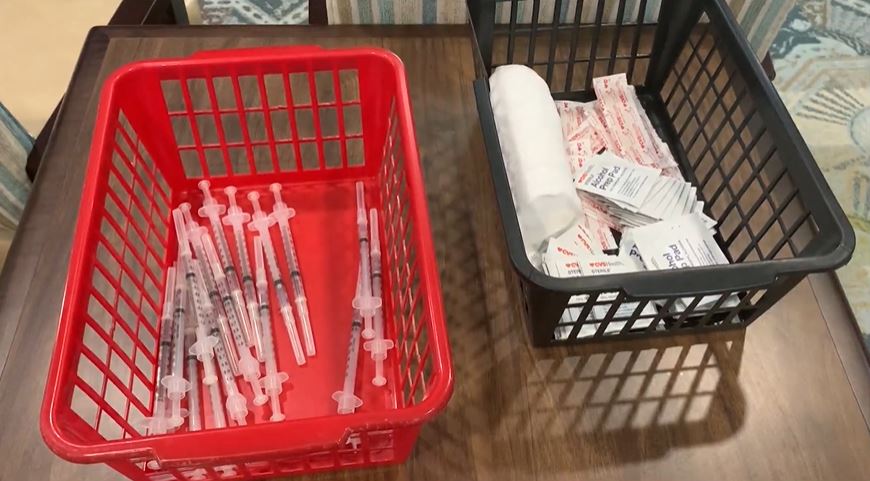 AUGUSTA, Ga. – Georgia and South Carolina got good news in lower new COVID-19 cases on Friday and fewer new deaths, including none in the Aiken-Augusta area. But federal health officials warned that cases nationally have begun to creep back up and levels are still high for both.

With no new deaths, the area’s toll remained at 915.

But during a White House briefing Friday, officials warned they were seeing a tick up in some numbers. At 66,350 new cases a day, the seven-day average was rising even from their previous briefing on Wednesday, said Dr. Rochelle Walensky, director of he Centers for Disease Control and Prevention. While the numbers have come down from their peaks in January, “the latest data suggests that these declines may be stalling, potentially leveling off at still a very high number,” she said. “We at CDC consider this a very concerning shift in the trajectory.”

That still leaves the country in a risky spot, said Dr. Anthony Fauci, director of the National Institute of Allergy and Infectious Diseases and Chief Medical Advisor to President Biden.

“If we plateau at 70,000 (new cases a day), we are at that very precarious position that we were right before the fall surge, where anything that could perturb that could give us another surge,” he said.

They both urged people to continue to use preventive measures to limit the spread of infections.

Still, Georgia is seeing declines in its numbers, Georgia Public Health got the results of 28,965 tests, of which 7.62% were positive, well below the overall positive rate of 10.68%, which dropped slightly, according to an analysis by The Augusta Chronicle. The seven-day average for new cases, dropped from 2,290.71 to 1,980.14, the lowest level it has been since Nov. 15, the analysis found.

AU Health System saw another decline to 21 patients in the hospital, three less than the day before, and added 40 new positive tests to reach 25,279 since its first reports in March, spokeswoman Christen Engel said.

Doctors Hospital of Augusta saw a slight tick up to 25 patients being treated in the hospital, one more than Thursday, and added two new cases for 742 total, spokesman Kaden Jacobs said.

Charlie Norwood VA Medical Center in Augusta saw three new cases for 1,720 total, with 73 active cases among 72 veterans and one staff member, and stayed at 82 deaths, according to the U.S. Department of Veterans Affairs. The Augusta VA has vaccinated 8,774 veterans, including 5,509 who have received both doses.