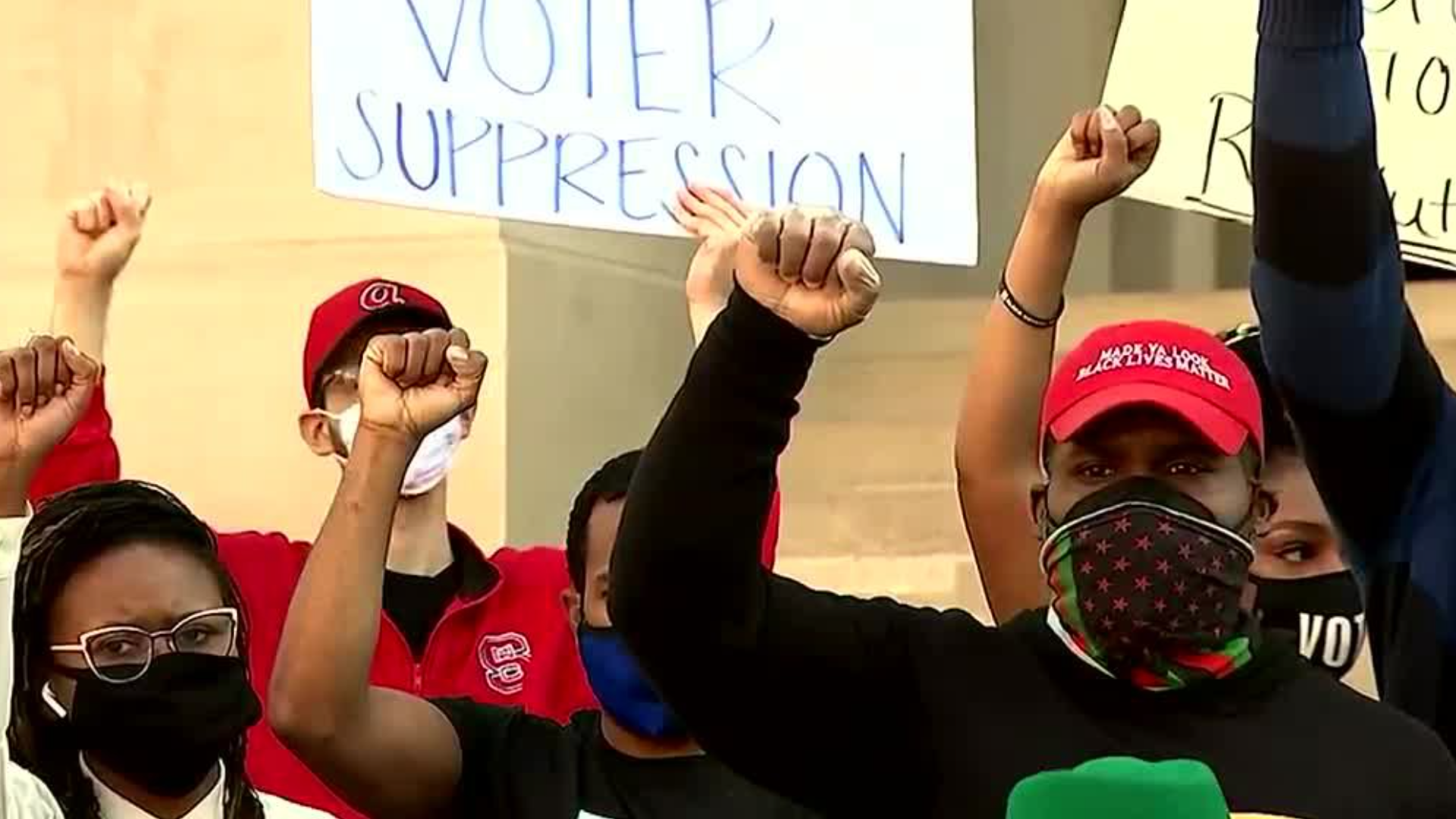 GEORGIA— A group of Georgia Democrats began a sit-in Friday on a state Capitol stairway after one Democratic lawmaker said it was improper that a police officer led her away while Democrats were protesting bills to restrict voting and elections.

The move reflects raw tensions over Republican efforts to change Georgia’s voting and election laws. A state trooper used a bullhorn to tell people to disperse or face arrests.

Democratic Rep. Park Cannon of Atlanta put her ear up to the bullhorn, blocking it. Another officer moved her away by the arm.

Cannon demanded an apology from the officer, and began shouting complaints about the voting bills.

More than a dozen Democrats then sat on the steps to join Cannon’s protest.

Senate Bill 67, which passed the Georgia Senate 35-18 on Tuesday, would require a voter share their driver’s license or other identification number when applying for a ballot. The numbers would replace signature verification, which was attacked by former President Donald Trump and others after Donald Trump’s November loss in Georgia’s presidential vote.

SB 67 is one of several voting measures the Augusta Commission unanimously voted to oppose.

Lawmakers could strip public health powers from local boards Georgia lawmakers are considering a reorganization of the public health system that would strip power from county boards of health and give it to the state public health commissioner. Proponents say the COVID-19 pandemic has underlined the need for a more centralized structure. Now, each county board must approve its local health director, even when multiple counties share a district director. Senate Bill 256 would give Public Health Commissioner Kathleen Toomey the power to choose directors without having to get county board approvals. The measure also strips local boards of the ability to make rules and lets Toomey redraw public health districts without local consent. County health department employees would become state employees.

Doctors in Georgia could soon be required to undergo sexual misconduct training under a bill that passed the state House on Friday. House Bill 458 would require that physicians and dentists undergo a one-time training on sexual misconduct that lasts at least three hours. The bill would also require that medical schools build sexual misconduct training into their curriculum. It passed 131-27 and heads to the Senate for more work. Rep. Sharon Cooper is a Republican from Marietta. She said the bill was brought to her by the Georgia Composite Medical Board, which licenses physicians in the state.

Angered by a blitz of Republican-backed legislation that would roll back voting access, Georgia Democrats are taking hostages. They’re withholding their support on pieces of legislation that need bipartisan backing to pass. The first potential casualty appears to be a House bill that would legalize online sports betting. The bill was set to receive a vote on the House floor Thursday but was pulled at the last minute. Conversations with House Democrats revealed the reason why the bill didn’t get a vote: They withdrew support because of GOP efforts to enact restrictive voting laws.

‘Something needed to be done’: Ga. lawmaker files bill in response to man who died begging for help in county jail