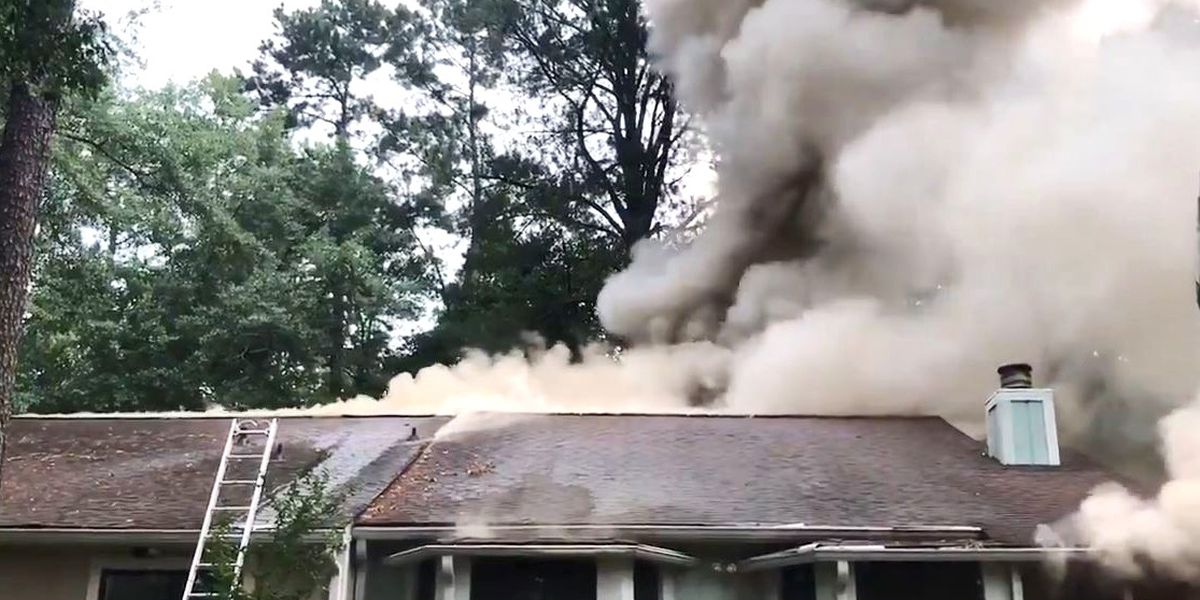 After the fire was reported at 6:49 p.m. Wednesday, crews at the scene told us they believe it started on the side of house, near the garage. The family of the home has two adults and children. However, they were at another home on the street when the fire started.

Officials do not know the cause of the fire yet.

Officials tell us the house had ammunition in it and it was firing during the blaze.

More than five fire departments responded. The Red Cross has been called to assist the family.