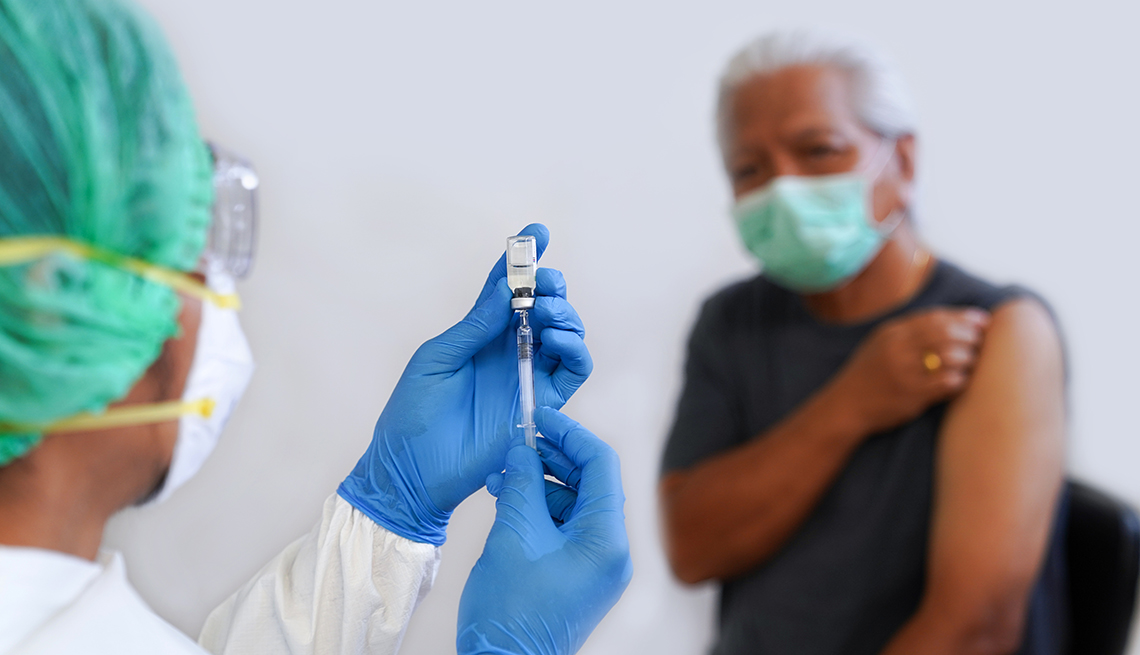 AUGUSTA, Ga. – Susan Wilson had no qualms about rolling up her sleeve, opening her car door and getting a shot of COVID-19 vaccine from nurse Clarissa Young on Wednesday at a drive-through clinic in Augusta conducted by the East Central Health District.

“We were so excited when we found out we can get it,” she said, after getting the call Tuesday to set up her appointment.

After Augusta hospitals vaccinated thousands of health care workers over the past couple of weeks, the COVID-19 vaccines are starting to move out further into the community as the health district continues its mass vaccinations and pharmacies such as CVS start on Augusta nursing homes.

“It went really well,” she said.

One lady “burst out in tears of joy,” Dugger said. “She was just so happy to get the vaccine.”

Some of the 105 staff who had been hesitant about getting the vaccine changed their minds once they saw others getting it and doing well, she said. Instead of doing 50, they ended up with 75, led off by Dugger herself.

“At first they had deep concerns about it,” she said, but the facility and its medical director have been answering questions about it and trying to provide accurate information. The fact that “they have seen local people who have gotten the vaccine helped,” Dugger said.

After initially putting only health care workers and residents of long-term care facilities in the initial vaccine group, Gov. Brian Kemp extended it last week to include law enforcement, firefighters, first responders and those age 65 and older.

A line of cars snaked around the block from Craig-Houghton Elementary School in Augusta, where the health district has been conducting its mass vaccination clinic. It is an efficient operation, from those registering and consenting the patients to those filling syringes in a back area to those like Young and nurse Geri Burke administering the shots.

The Department of Public Health’s plan was based off its experiences in administering the H1N1 vaccine during the last pandemic in 2009, and the health district decided to conduct its annual flu shot clinics as a drive-through in anticipation of the COVID-19 vaccine clinics, said East Central Health Director Stephen Goggans.

The district did that “to work out some of the kinks, so that was very helpful,” he said. He estimated the district will have done 2,300 by the end of Wednesday, and that will expand next week as they start to get people their second dose.

By the end of the week, AU Health System will have done 6,000 COVID-19 vaccinations, with the first 1,170 beginning to get their second dose starting Thursday, spokeswoman Christen Engel said. Doctors Hospital of Augusta has done 1,100 vaccinations, spokesman Kaden Jacobs said, and University Hospital has given 2,300 shots so far, spokeswoman Rebecca Sylvester said.

The vaccines, with their cold storage requirements and precise administration are “slightly complicated” to deal with compared to others and it was going to take some time for those administering them to get comfortable with the process, said Dr. Nancy Messonnier, the director of the Centers for Disease Control and Prevention’s National Center for Immunization and Respiratory Diseases. But now that there have been a few weeks, “the numbers are really going to go up quickly,” she said.

And people are happy to get them, as Susan and Jim Wilson and their friend, Ann Mitchell, were all smiles after getting their shots.

Goggans said he sees that excitement not just in the patients but in the staff that are working to get them vaccinated.

Hospitals get hands on vaccine, but some can’t administer until next phase